I-30 Speedway set for a finishing lap 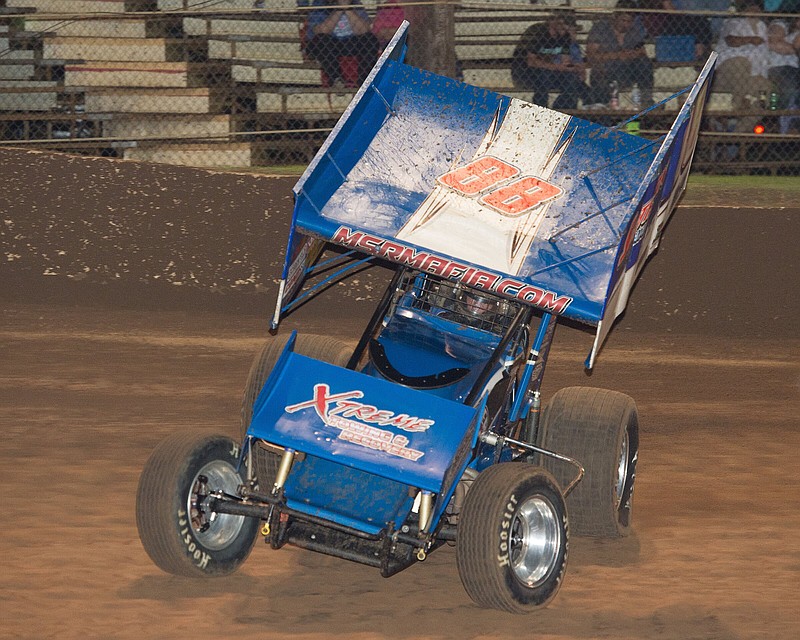 Tim Crawley of Benton, Arkansas during a heat race at I-30 Speedway in Little Rock...Special to the Democrat Gazette / JIMMY JONES

The ownership at Little Rock's I-30 Speedway have known for at least a month -- likely longer -- that this would be the final season for the famed dirt track.

But that doesn't make it any easier for Tracey Clay, who owns the track with her father, Joe Clay.

This weekend's sprint car events -- tonight's 15th annual Ralph Henson Memorial and the 35th Short Track Nationals on Friday and Saturday -- will be the final races held at the quarter-mile, high-banked oval that opened in 1956. It has been owned in part by the Clay family since 1987, solely since 1990.

"The time was right," Tracey Clay said Tuesday. "I'm going to try to say good-bye to everyone at some point this weekend, if I can keep from crying like a baby."

Clay, 59, would not comment on who is purchasing the facility, which is located just north of the Pulaski-Saline county line alongside Interstate 30.

But a rezoning request was granted at a meeting of the Little Rock Board of Directors on Aug. 16. In that ordinance, developers were listed as Copart, Inc., which specializes in the online auctions and sales of used, wholesale and salvage title automobiles.

Clay was 24 when her father, a former sprint car track champion at the track, purchased it. She started selling tickets at the track's front gate and handling the distribution of payout checks to drivers.

"Then I would run up to the press box for the sprint car feature, and I taught myself how to score races," said Clay, 59. "I did that [scoring races] for most of the past 30 years or so."

Eventually, she became of the first female track promoters in the nation, drawing respect throughout the dirt racing community.

"Dad's motto for us kids growing up was 'sink or swim,' " she said. "So I wasn't ever going to let the tough times stop me."

Clay also said I-30's success grew from not only the hard work of her employees but the loyalty of the track's racers and fans.

"I truly have the best drivers and the best fans in the world," she said tearfully. "And I need to tell them that this weekend. I've always tried to do right by them. I may not have always accomplished that, but I did try."

Print Headline: I-30 Speedway set for a finishing lap