TELEVISION: Bethenny Frankel on giving advice on all platforms 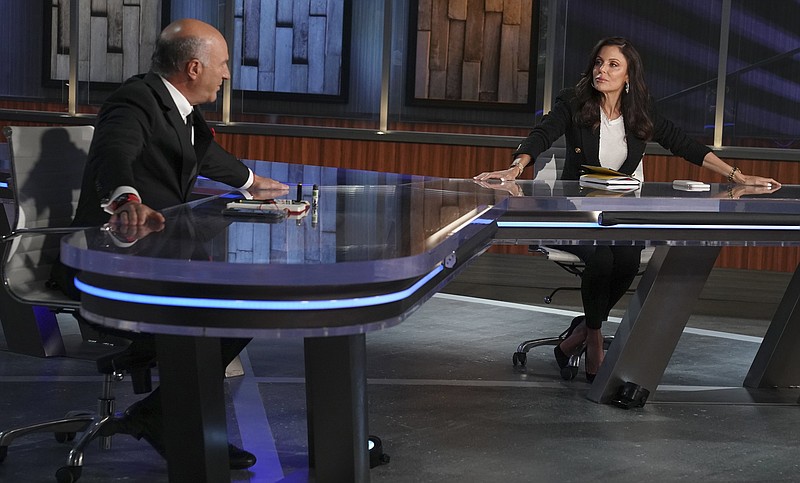 Kevin O’Leary (left) and Bethenny Frankel, co-hosts of the the financial show “Money Court” are shown on the set in Miami. (Jeff Daly/CNBC via AP)

NEW YORK — Bethenny Frankel has never been shy about offering her opinion, but lately, giving advice has become her business. The reality TV star and producer, entrepreneur, and bestselling author has a new CNBC show, "Money Court," where she and co-host Kevin O'Leary hear business dilemmas and come up with solutions.

On the show, Frankel and O'Leary hear disputes or problems in small businesses, including pricing strategies, work culture concerns and ways to expand. The hosts make a ruling on the best way to proceed. Frankel has also recently built a large following on her Instagram feed for her brutally honest posts about food and beauty products. On the same day, she could be testing who makes the best pasta sauce, and whether a high-end night cream is better than a drugstore brand.

Frankel, who may be best known for her role in the Bravo reality series "Real Housewives of New York City," recently talked about her new hosting duties, social feeds and advising her daughter. Answers have been abbreviated for clarity and brevity.

You and Kevin have strong personalities. How do you get along?

I thought we would be sparring a little bit and be in some sort of a power struggle and that there would be like a gender situation and ... there was none of that. We both elevated each other's game. It was definitely the sum is greater than its parts, playing with a better tennis player, and the entrepreneurs benefited from that relationship. I gained a respect for him as an entrepreneur, as a business adviser, as a man with experience. It's not that easy to keep up with me, and I don't care how rich or successful someone is. It was really inspiring.

You've made millions as an entrepreneur, and he's mainly a venture capitalist and investor. How do those different skills help the show?

Kevin has invested and made more money than I have. But he hasn't himself started a business from the ground up, like what goes on day to day. So my expertise is in the culture, the dynamic, the relationships, the marketing, all that other stuff, in addition to the numbers. Numbers are easier to play around with than personalities and workplace culture, and dynamics and actually knowing what it's like. I'm better in understanding the actual people.

Were you surprised by the positive response to your product tests on social media?

I am the Justin Bieber of CVS! (laughs) I walk in (and people say) 'I bought this because of you.' I go into a Target and someone says, 'You're doing the Lord's work.' And I'm like, B strong? (her philanthropic foundation) 'No, the lip gloss!' I'm like, 'Whaat?' So it's really fun. It's a different audience. Old and young. It's young girls who found me on TikTok. It's moms who are obsessed with it because they just don't know what the hell is going on. It's really been interesting. It was totally accidental. There's no one that could ever intend or predict that absurdity.

Have any companies taken issue with your posts if you don't like a product?

No. The beauty business is very strong and resilient and even the negativity helps them because I'm giving them sort of some advice because they are not seeing everything. They're in their own business and ... while they might just dabble around, I'm seeing everything. So cutting through is great. What happens is brands have offered to pay me to review a product which I have declined. Brands have asked me if I would partner with them after I have already liked something ... then I've said great because I already said, 'I like this,' wonderful. So really it has a lot of integrity. And it's hard to turn down just people throwing money at you. But I do every day for things that I don't like. That brand will send me something, send me a fruit basket and say, we heard you didn't like this. Maybe you'll like this. It's been nice. I have a lot of respect for the beauty space that I didn't before.

Do you give your 12-year-old daughter, Bryn, advice?

I'm very in tune, and I'm very strict and also indulgent. She is absolutely not spoiled because she gets checked. And she doesn't care about all the stuff and the fame and all the beauty products. ... I mean, she's very into hair. But if she gets something, she gets rid of two things. So she's very balanced and ... there's still a discipline there. And yes, I give her great advice, but I have a way of approaching it that I feel works.

With multiple jobs and businesses, what are you most proud of?