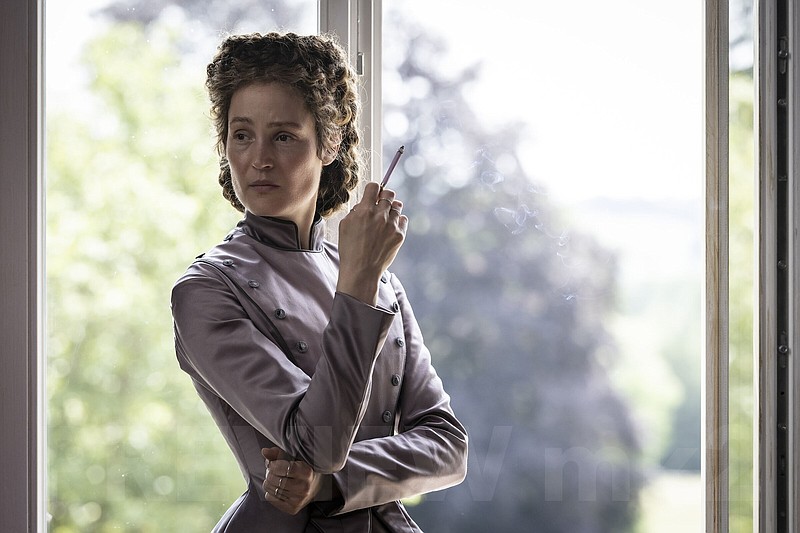 There are several worthwhile 2022 movies that are finally making their way to our state over the next two months. Among them is the lightly promoted period drama "Corsage." It's the latest creation born from the movie and television industry's seemingly endless fascination with royal woman trapped within oppressive patriarchies. Several have taken a more revisionist approach, often eyeing their female monarch of choice through a proudly feminist lens. This has added a welcomed new perspective, but it's also quickly losing its freshness.

But "Corsage" has enough of its own kick to stand out. Writer and director Marie Kreutzer has taken a scalpel to the standard bio-pic formula and made a witty, irreverent, and openly fictionalized take on the life of Empress Elisabeth of Austria (known more affectionately throughout Europe as Sissi). It's a gutsy reimagining that reshapes a well-documented life in such a way that we're never quite sure where it's going. Yet it never goes so far as to lose the tug of history, even during its completely invented ending -- one that's still tragic, yet in a more fitting way.

First a bit of history. Born in 1837, Duchess Elisabeth Amalie Eugenie of Bavaria married Emperor Franz Joseph I when she was only 16. Crowned Empress of Austria and Queen of Hungary, Elisabeth was immediately thrust into a life she wasn't initially fond of or prepared for. Her struggles to fit in were compounded by tragedies including the death of her infant daughter, the murder-suicide of her only son and his mistress, and the death of her sister in a fire at a Paris charity event. Elisabeth was assassinated by an Italian anarchist while visiting Geneva, Switzerland in 1898. She was 60-years-old.

Empress Elisabeth was an emotionally complex individual. She was an introvert by nature, yet obsessed with maintaining her renowned beauty and notably slender figure. She had a rigorous physical regimen and barely ate. Overwhelmed by the demands and rigidity of court life, she often retreated to Hungary, England, or Greece, bypassing many of her "duties" and seeing less of her husband. It sparked rumors of affairs, yet no evidence proved their validity.

Kreutzer uses all of these real-life strokes in her portrait of Empress Elisabeth. She paints a recalcitrant monarch who routinely bucks the expectations associated with nobility much to the chagrin of her family and fellow aristocrats. It isn't a showy or in-our-face defiance. In fact, Kreutzer puts a lot of effort into grounding her story in the humanity of the character. It's a tough sweet spot to hit, and I can see some thinking it goes too far while others are left wishing it had gone further.

The movie's ace in the hole is its star, Vicky Krieps. The 39-year-old Luxembourgish-German actress had her breakthrough in Paul Thomas Anderson's 2017 drama "Phantom Thread" and has appeared in a number of interesting films since. But this is easily her meatiest material since that PTA gem. She gives a fierce and layered performance, holding the screen while dodging the many traps that can come with a role like this one. She brings both heartfelt empathy and jolts of playful energy.

Beginning in December 1877, "Corsage" follows roughly a year in Elisabeth's life. We first meet her in Vienna, a few days before her 40th birthday. But it's hardly a joyous occasion for the melancholy Empress. "At the age of 40 a person begins to disperse and fade, darkening like a cloud," she laments. Her disaffection isn't helped by her controlling husband, Emperor Franz Joseph I (Florian Teichtmeister) who's quick to let her know her place in the Royal order. At one point, he bluntly informs her that he is the one called to make decisions. She is "merely to represent."

But there's a narcissistic side to Elisabeth as well. She demands loyalty and obedience from her small cadre of servants, even coldly denying her closest handmaid the chance to marry. On several occasions she seems to bask in the compliments on her beauty. And after some lively flirting, she even tells one smitten hopeful lover, "I like looking at you when you look at me" before promptly cutting ties. Her behavior gets even more erratic as her tolerance of oppressive court life dwindles, leading to plenty of gossip and even more tension with her family.

There are some borderline cliche moments where Kreutzer attempts to poke fun at the stuffy and stately costume drama tropes. We get chamber versions of contemporary songs and a handful of crude modern gestures -- choices that grasp for attention rather than add anything meaningful. And I'm not sure its lightly episodic structure always works.

But I do like how Kreutzer doesn't bind herself or her film with the usual bio-pic constraints. There's a sense of freedom in her direction, in her storytelling, and in the capturing of her setting (exquisitely shot by cinematographer Judith Kaufmann). Together with the sublime Krieps, Kreutzer has made a messy but alluring anti-bio-pic that both critiques history and puts its own unique spin on it. 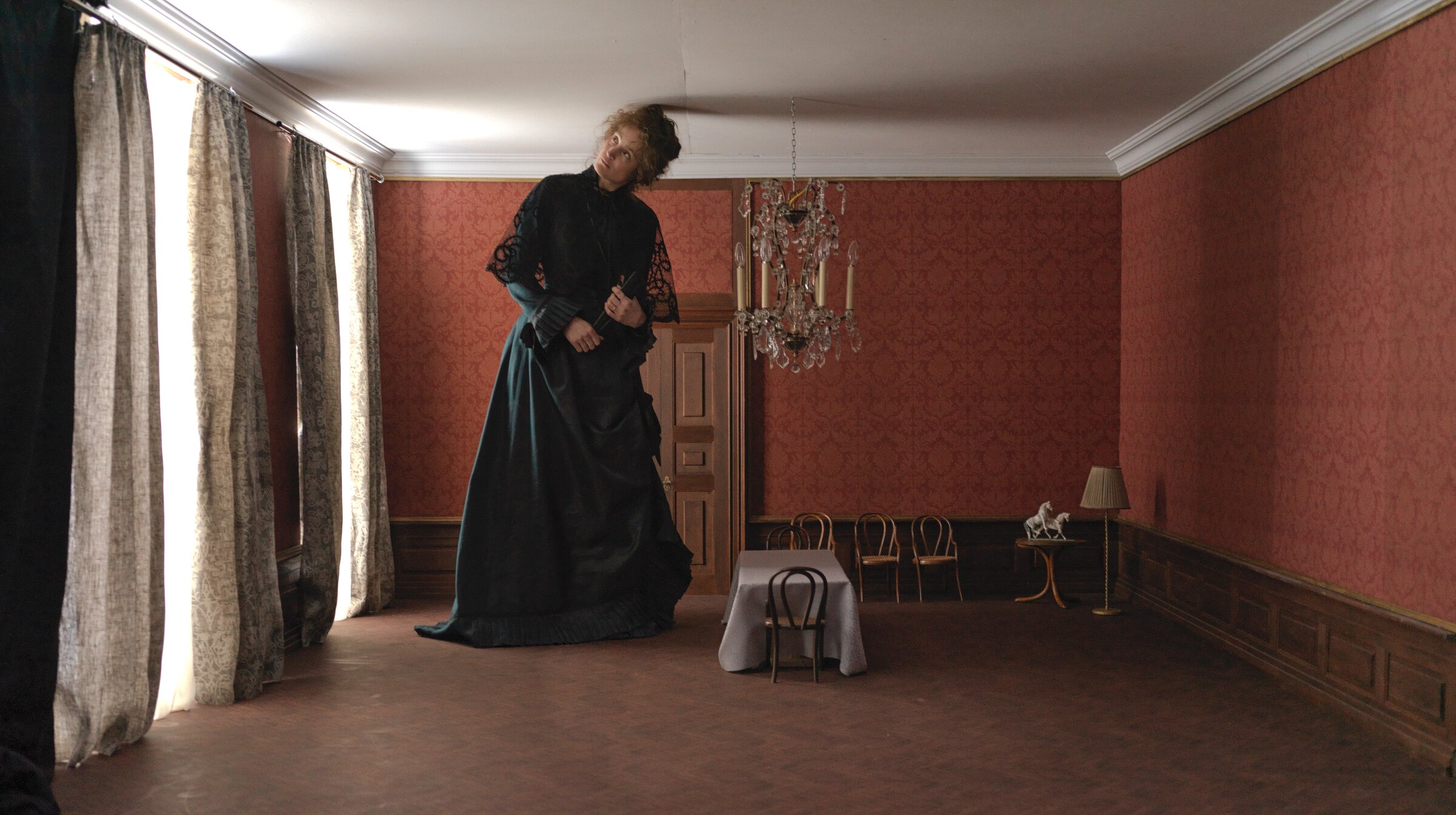 Welcome to the doll house: Empress Elisabeth of Austria (Vicky Krieps) generally gets what she wants in Marie Kreutzer’s tastefully anachronistic film about the Hapsburg royal “Corsage.”