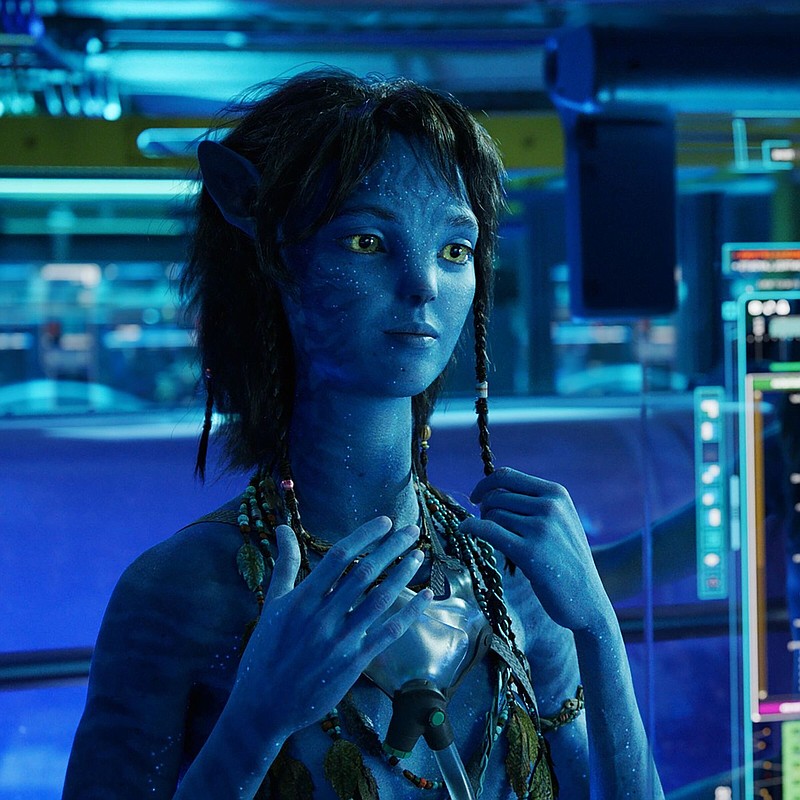 Sigourney Weaver is transformed into teenage Kiri in “Avatar: The Way of Water,” which is still the No.1 box office movie in the world, earning $31.1 million for its fifth weekend in release.

New movies like "Plane" and "House Party" were no match for "Avatar: The Way of Water" and the killer doll horror "M3gan" at the box office last weekend. The two holdovers topped the charts again according to studio estimates Sunday.

In first place for the fifth weekend in a row was James Cameron's "Avatar" sequel, which added an estimated $31.1 million through Sunday. The film's domestic total now rests at $562.9 million (the 13th biggest of all time) and its global total is $1.89 billion. "Avatar 2" needs to pass $1.92 billion to trump "Spider-Man: No Way Home," which is currently the sixth highest grossing film of all time globally.

"There were such huge expectations and a lot of naysayers that opening weekend," said Paul Dergarabedian, the senior media analyst for Comscore. "But 'Avatar,' for a James Cameron movie, is moving at lightning speed up the domestic and global box office chart. I think he always knew this would be a $2 billion movie."

Second place went to Universal and Blumhouse's "M3gan" which in its second weekend in theaters added $17.9 million through Sunday. The modestly budgeted thriller that cost a reported $12 million to produce has thus far made $59.8 million in North America.

Universal also claimed the third place spot, with "Puss in Boots: The Last Wish," which audiences continued to seek out in theaters even though it's currently available to rent at home. The family-friendly animated film added $13.4 million in its fourth weekend, bringing its domestic total to $110.3 million.

"A Man Called Otto," from Columbia Pictures, expanded to 3,802 theaters last weekend, adding $12.7 million through Sunday to take fourth place. Directed by Marc Forster, the adaptation of "A Man Called Ove" starring Tom Hanks is proving to be something of a rarity in the theatrical marketplace as an adult-targeted drama that is doing well.

The Gerard Butler action remake "Plane," a Lionsgate acquisition for release in North America, rounded out the top five with a better-than-expected $10 million in its first three days. In the film, an update of "Back From Eternity" (1956) and "Five Came Back" (1939), Butler plays a pilot whose crash landing on an island is only the first of his troubles. On the island, most of the passengers are taken hostage. "Plane" got better-than-average reviews with 75% positive from critics on Rotten Tomatoes.

Sixth place went to the second major new offering last weekend, "House Party," a reboot of Reginald Hudlin's 1990 hit that spawned several spinoffs. The film, which made $3.9 million through Sunday from 1,400 locations, was originally intended as a straight-to-HBO Max property but Warner Bros. pivoted to a theatrical release as a gesture to audiences and exhibitors hungry for new films. The R-rated, youth-oriented comedy did not score well with critics.

Overall, the three-day box office total is going to net out around $100 million, which is not quite at pre-pandemic levels, but still up some 44% from the same weekend last year.

"January is not going to be the slow month we thought. It's a great combination of films out there that's not just dominated by 'Avatar: The Way of Water,'" Dergarabedian said. "Theaters need movies and the studios are supplying those." 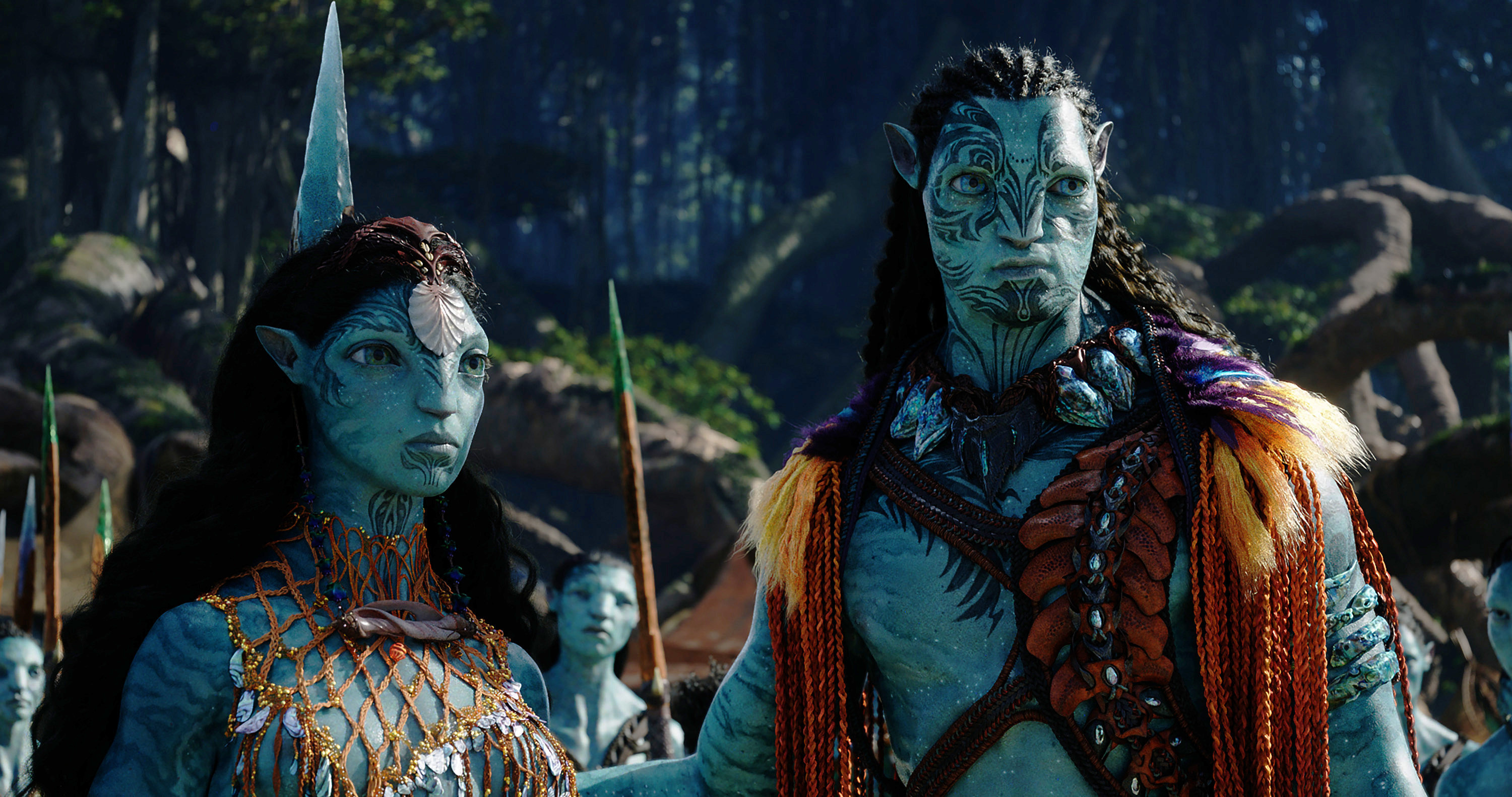 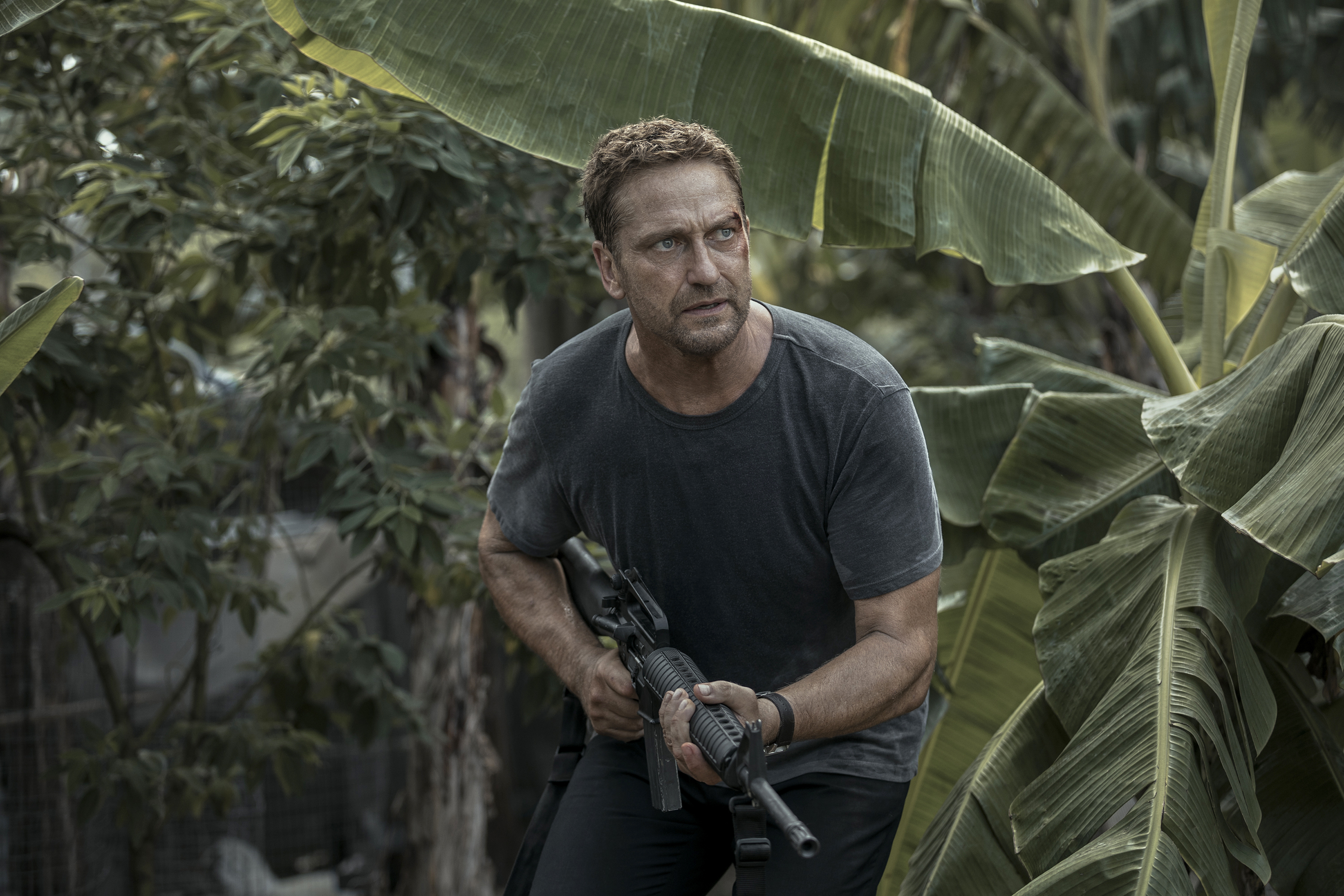 This image released by Lionsgate shows Gerard Butler in a scene from "Plane." (Kenneth Rexach/Lionsgate via AP) 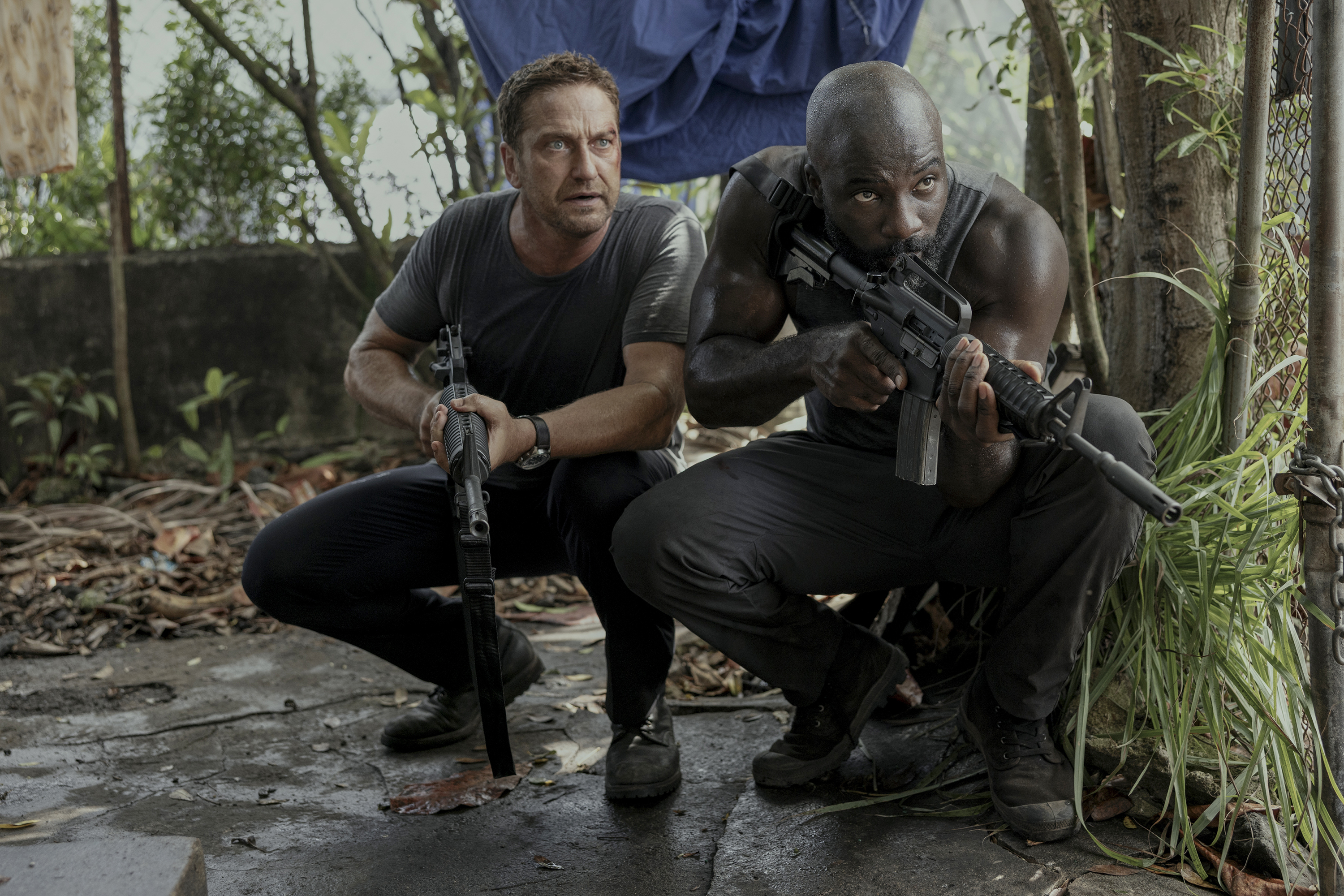 This image released by Lionsgate shows Gerard Butler, left, and Mike Colter in a scene from "Plane." (Kenneth Rexach/Lionsgate via AP) 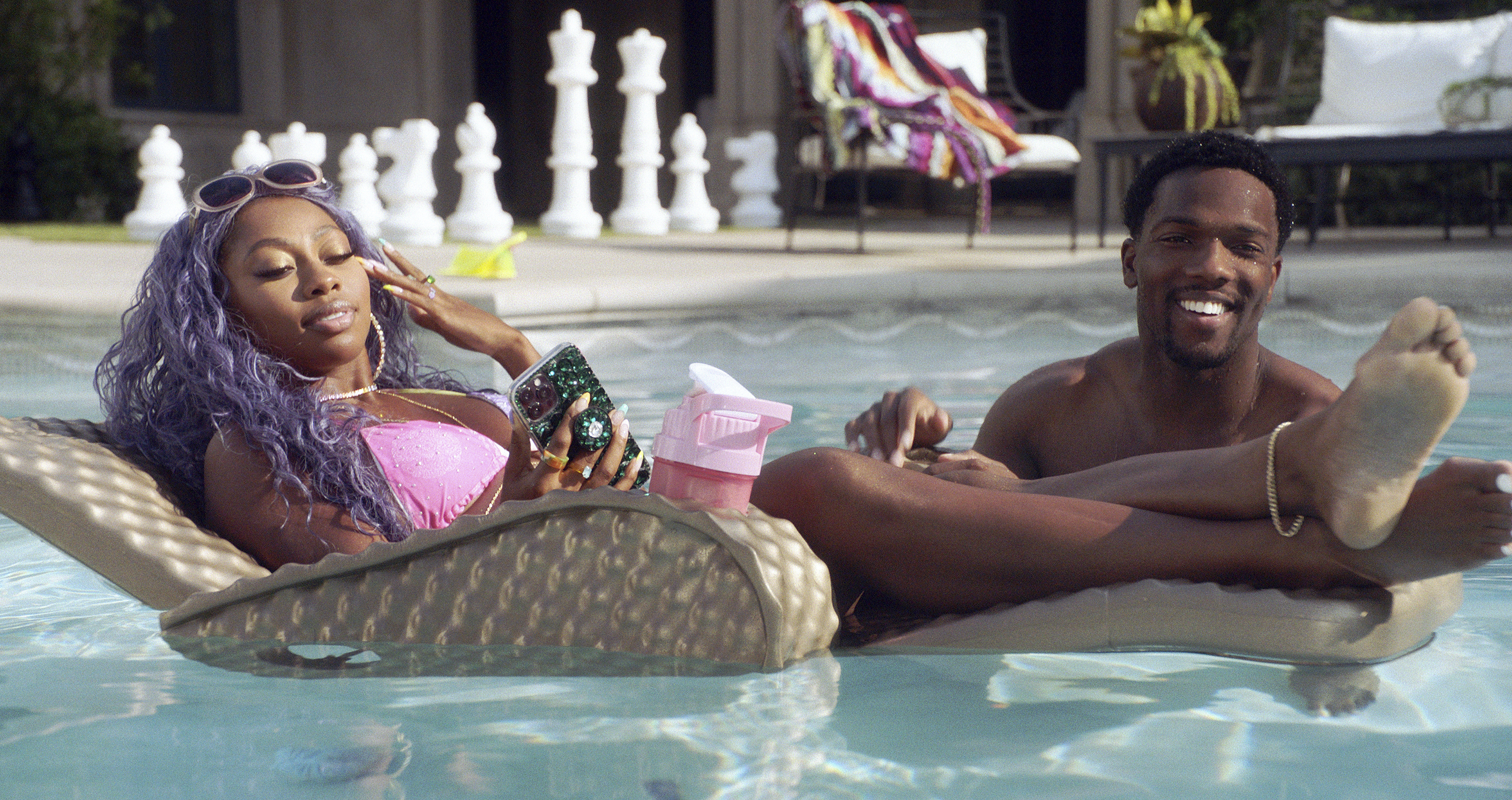