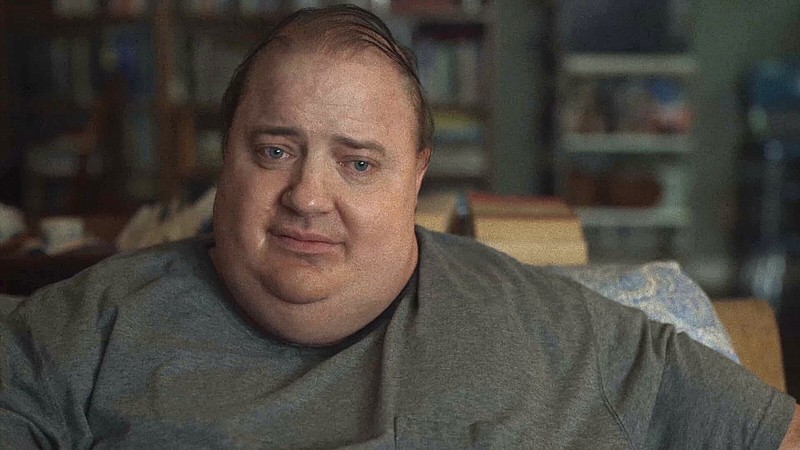 Great white mope: Charlie (Brendan Fraser) is a guilt-ridden English professor attempting to eat himself to death in Darren Aronofsky’s “The Whale.”

The hype out of Venice, where "The Whale" made its world-premiere back in early September, was all about the lead performance of Brendan Fraser (where he was regaled with a six-minute standing ovation), and that is absolutely on-point. Playing Charlie, a 600-pound online English teacher in Darren Aronofsky's melodrama, set entirely within a dumpy Idaho apartment, he is the anchor, so to speak, of the film's emotional core.

The screenplay, adapted by Samuel D. Hunter from his own play, retains much of the type of uber-emotional bloodletting that tends to play better when performed with the heightened intensity of a live stage than on celluloid (or the digital equivalent). There are monologues laced with a variety of undistilled emotions, wild swings from joyous laughter to unbridled fury, and, as a means of dispensing information, near-direct question and answer sessions, where important details are imparted.

There is also Ellie (Sadie Sink), the angry, unbridled 16-year-old daughter of Charlie, who arrives in his apartment for the first time since he left her and her mother for one of his male students eight years before. She comes across as a fierce, white-hot playwright device ("How much will you pay me?" she first demands when Charlie asks to see her more often).

He is interrupted by kindly missionary Thomas (Ty Simpkins), who wants to win his soul over to the Lord. As their interaction continues, we begin to get a slightly more complete idea of the character: For all his impossible girth, and despair, he turns out not to be voracious just for the buckets of chicken and meatball subs with extra cheese hand delivered to him by his friend, Liz (Hong Chau), he's voracious for everything, including literature, and other peoples' stories.

He turns out to be an exceedingly kind and compassionate man -- to everyone, it would seem, other than himself, whom he punishes with great masses of unhealthy food and pitiless self-hatred -- which makes his plight, as the script makes it abundantly clear, a perfect metaphoric response to the death of his life-partner, who couldn't deal with his father's cruel estrangement and starved himself to death.

Naturally, over the course of the five weekdays the film is subdivided into, Charlie must rectify his relationship with his estranged daughter, filled with rage and hate toward him, as well as the world at large, and make his own peace before his congenital heart failure finally kills him. Aronofsky, fully aware of the material's hyperbolic effect, works to embrace both the mundane (Charlie's nightly food deliveries), and the transcendent (the film's undying allegiance to posh literary metaphor) in deliverance of Charlie to the film's overwrought climax.

Still, despite the theatrical pretensions of Hunter's script, Fraser is good enough, and earns enough audience sympathy to bring Charlie's story to a moving close. Even if it is often despite the script's more frilly flourishes, it offers a substantial emotional payload. 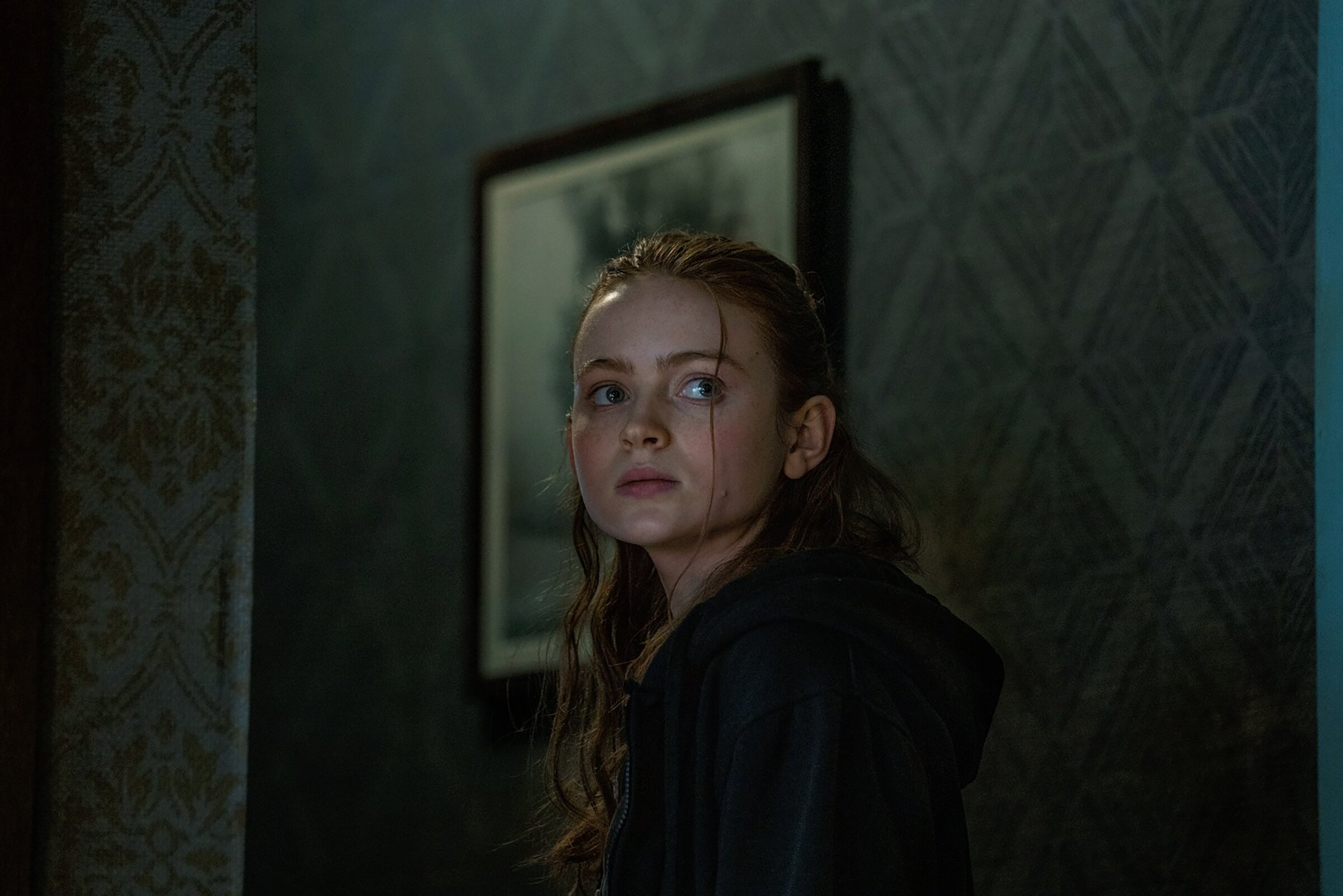 Angry young woman: Ellie (Sadie Sink) is estranged from her father Charlie, who left her mother for a man who subsequently starved himself to death in Darren Aronofsky’s highly theatrical melodrama “The Whale.”