She fled Mexico violence at 17; now this pastor helps migrants on their journey by Dianne Solis The Dallas Morning News | January 21, 2023 at 2:44 a.m. 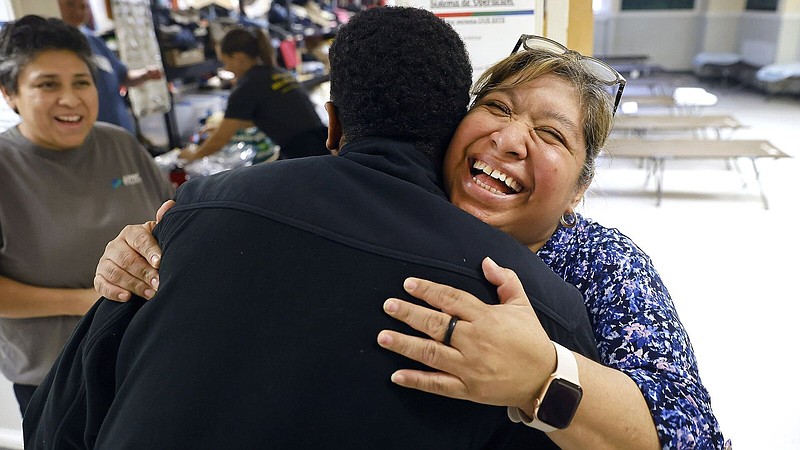 She fled cartel-related violence in northern Mexico at 17, and arrived in the United States as an undocumented and unaccompanied minor. She spent several months in detention.

Nearly three decades later, the 46-year-old is an associate pastor, welcoming and serving migrants who have fled violence and economic devastation in Latin America and other regions. Hundreds of thousands have crossed through Mexico into the United States in recent years.

And hundreds of migrants have found help at a respite center at Oak Lawn United Methodist Church in Dallas, where Marquez and her crew of volunteers greet them with a meal, clean clothes and instructions on how to buy bus or plane tickets for the next leg of their journey.

"Yes, we're going to suffer. But it's not the end of the story. It's just the comma."

The rest of each migrant's life story can pivot away from the pain of migration, which can include assaults, kidnapping and violence, said Marquez, who goes by Pastor Isabel. Many migrants arrive depressed and unsure of what lies ahead, she said.

"I know that I suffered from that experience," said Marquez, who fled the Mexican border town of Nuevo Laredo, where there is still cartel-related violence. "I don't want them to have only those memories. There's hope ... There are people who want to welcome them in this country."

One recent morning, Marquez walked among the migrants in the church's dining area, speaking in Spanish. The migrants were released from a federal detention center in central Texas and dropped outside the church.

Every power outlet was occupied by a charging cellphone. Bibles peeked out of orange netted bags that migrants received at the detention center. Some were confused about where they were exactly. They were guided to a poster that gave the exact address.

More people are migrating around the world than ever before, according to the United Nations refugee agency, which began collecting statistics after World War II. And at the southwest border, a record 2.2 million migrants were processed by the U.S. Border Patrol last fiscal year.

In recent months, about a third were quickly expelled to Mexico under a pandemic-related policy, known as Title 42, which is under litigation before the U.S. Supreme Court. The policy resulted in many immigrants making repeat tries because there were no consequences.

All the migrants arriving at the Oak Lawn church have been processed and released, and they carry immigration documents confirming that. Some are provided an immigration court date. Others are given instructions to report to federal immigration officials when they are at their final destination.

Advocates have stood firm on the right of migrants to apply for asylum, per U.S. and international law.

Marquez is among them. "We want to tell the people that it is very legal to apply for asylum in this country," she said. "This is not something we are doing illegally. It is something to help people with resettlement."

The church's senior pastor, Rachel Baughman, echoed Marquez. "Nothing about this is an illegal process," Baughman said. "These are people seeking asylum lawfully."

The Oak Lawn church, in partnership with other nonprofits and faith groups, has helped migrants since 2018.

Some migrants have come from El Paso, where the local government there and the nonprofit Annunciation House have sent migrants to Dallas, in part, because the Dallas-Fort Worth region is a major transit hub.

When an official from the Bluebonnet Detention Center in Anson, a small community of 2,300 in central Texas, called asking if the church could help, Marquez said she agreed.

"It was kind of shocking for me," she said. But after reassurances that the migrants had been processed by federal authorities and were being released, she agreed to help.

The number of people coming can vary from a few dozen one month to 100 weekly. Those numbers could climb higher as border migration -- already at record highs -- continues to hold steady despite the cold weather.

One chilly afternoon, as the last of the migrants were sent on their journey, the pastor easily toggled between English and Spanish.

She was at a small desk with her computer, checking flights on a silver laptop. Small stickers decorated the computer with slogans like "Love Wins" and "Chingona como mi mama," meaning "cool" or "fierce ... like my mom."

The pastor was dressed casually in slacks and a green sweater that nearly obscured her religious collar. Little angel earrings dangled from her ear lobes. A Cuban man asked to confirm his flight plans.

Luckily, he had several hours before his flight, but he rushed out the door to catch a ride with a volunteer.

Marquez's biggest asset is her warmth, said Jesse Tafalla Jr., president of League of United Latin American Citizens Dallas Rainbow Council, who has known Marquez for more than a decade. "She always asks, 'How are you doing, Jesse?'" he said. "Anytime she asks for something, I'm there as a resource."

Her passage into Texas, through El Paso, was literally life-saving, she said, as cartel violence in Nuevo Laredo spread. She got help from relatives here.

Soon, she married a U.S. citizen and began her citizenship process. Her husband died after eight years of marriage, leaving her to raise two young sons. Eventually, she remarried. Marquez and her female partner adopted a girl, who is now 15 years old.

Marquez's route to minister began as a Bible studies volunteer at Cathedral of Hope, a Dallas religious institution ministering to the LGBTQ community. She specialized in working with women, children and immigrants.

"I saw the need in Bible studies, and it escalated," she said, laughing at the memory.

One day at the Cathedral of Hope, she was asked to make the official leap to formal ministry, cajoled with the observation, "You are already doing it."

More hurdles came from cancer. By then, her spiritual journey was on firm ground, as she worked as an associate pastor at the Cathedral of Hope. She stayed there for 11 years, until the ravages of uterine and ovarian cancer forced her to take a break. She eventually defeated the cancer.

"I started meditating," she said. "I said to my God, 'Forgive me, work with me.' I don't know if it was meditation or medication ... I survived."

WORKING ON A MASTERS

She got her bachelor's degree in religion at the University of North Texas in 2021, and is working on a master's degree at Iliff School of Theology, a United Methodist institution in Denver.

Today, she proudly says that no one should be afraid or embarrassed by their story -- especially immigrants. "They were willing to risk everything for change," she said. "I really honestly understand what they have gone through."

Marquez brings experience that resonates, said Almas Muscatwalla, a volunteer leader at Oak Lawn United Methodist's respite center. Some arrive at the day shelter disoriented. Others are still traumatized by the violence of a journey through multiple countries.

"This is real," Muscatwalla said, "for somebody like Pastor Isabel."

One evening after all the migrants had left the huge brown-brick church complex, Muscatwalla, Marquez and two other women pulled together for a group hug, Muscatwalla recalled. Then they just wept. 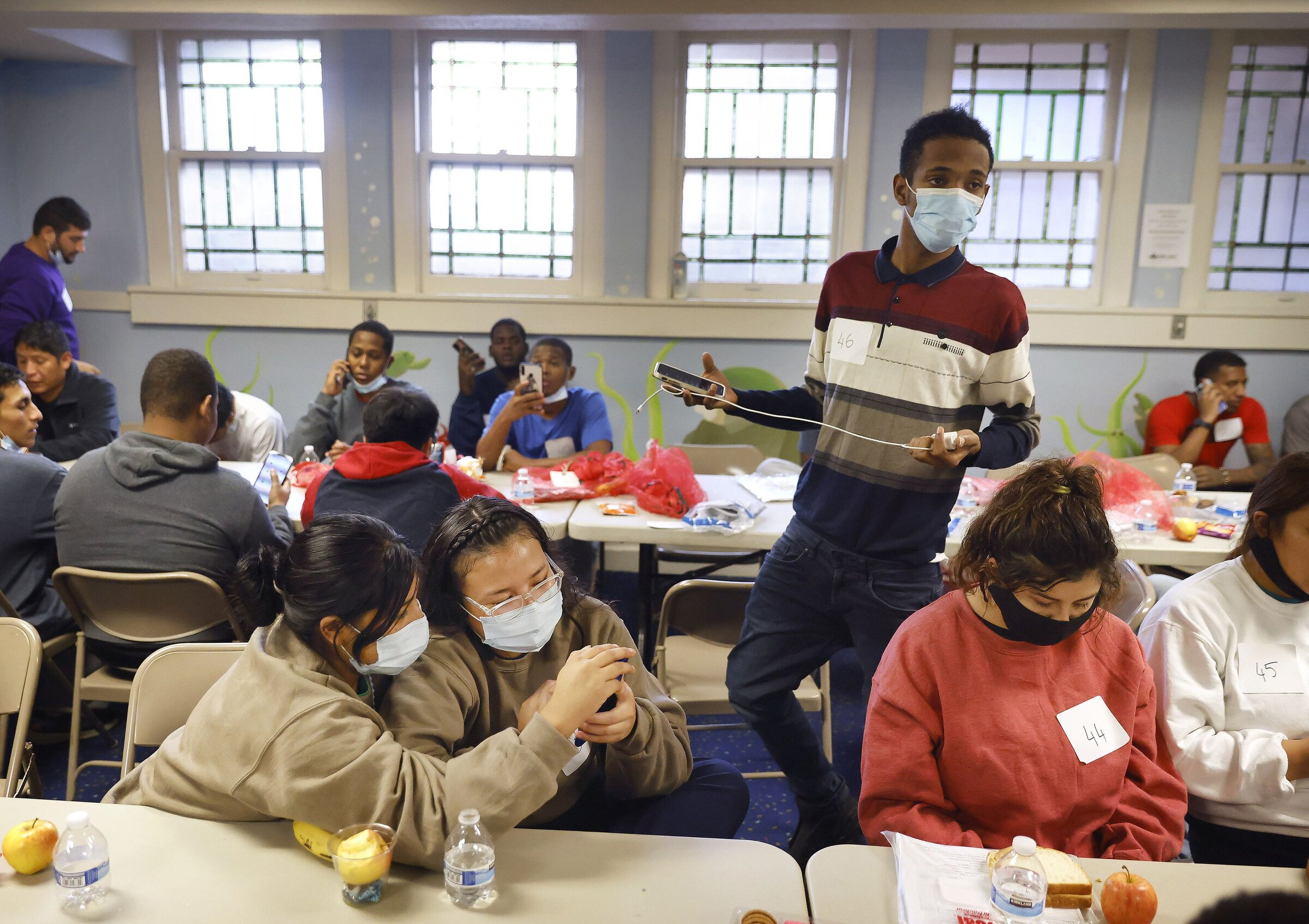 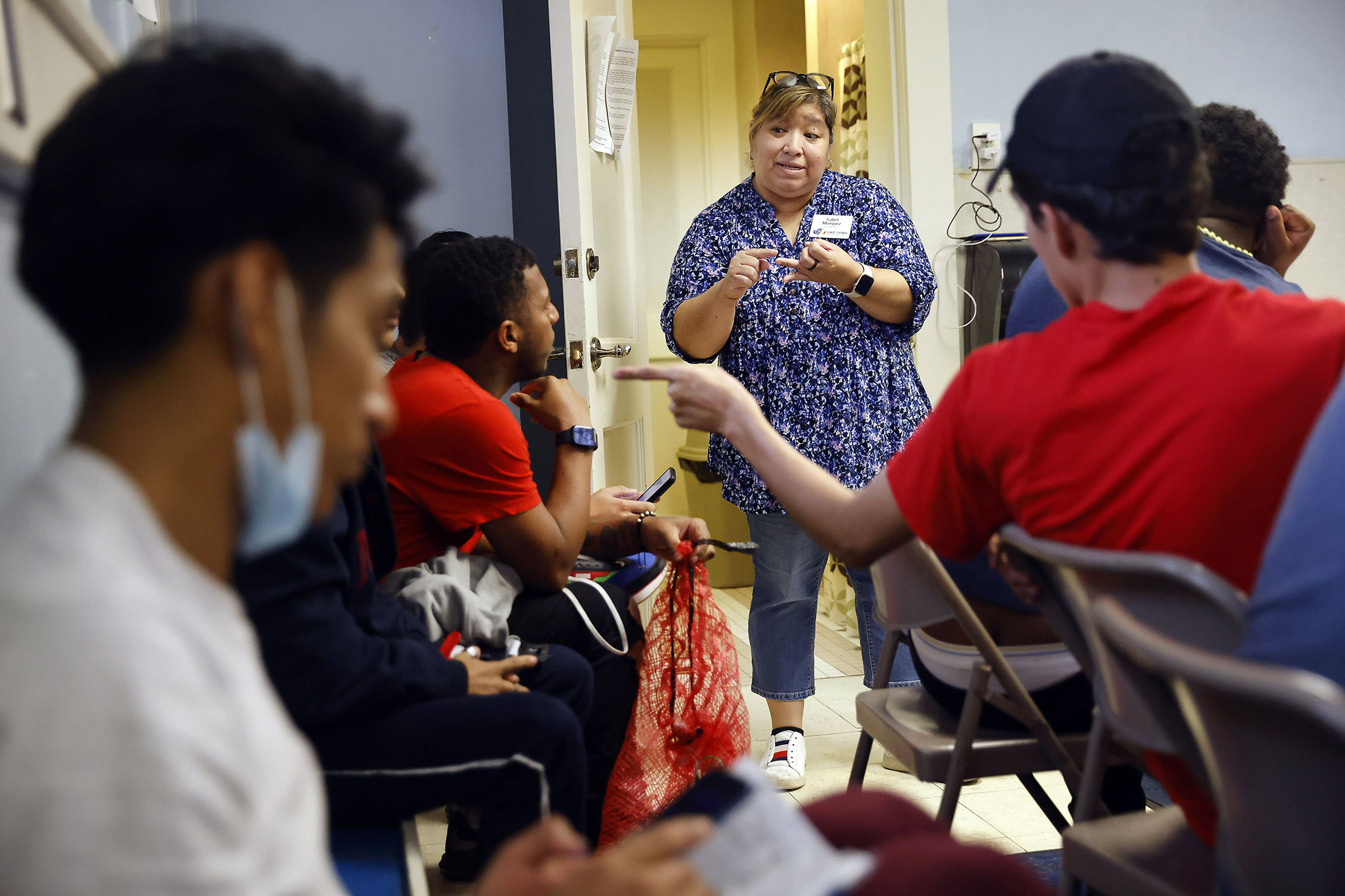