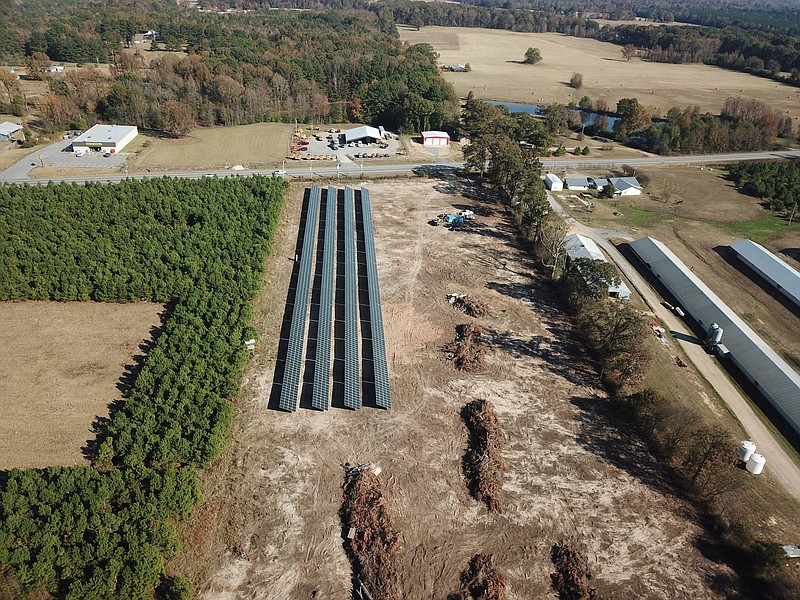 Woodlawn School District in Cleveland County is partnering with Delta Solar on a new solar energy system predicted to save the district approximately $1.5 million over the life of the system.

Monday, Delta Solar announced the commissioning of a 512-kilowatt solar array for Woodlawn. The solar energy system is designed to offset more than 80 percent of the district's current electricity demand, according to a news release.

Delta Solar representatives recently joined district and community leaders at a school board meeting on campus to celebrate the system's completion.

The newly constructed array is located about two miles south of Woodlawn schools on U.S. 63, just south of Arkansas 114. Construction was completed in December and the system was placed into service earlier this month, a spokesman said.

"Our school board members took a thorough look at Delta Solar's proposed project and saw the tremendous value it could provide our district," said Woodlawn Superintendent Kevin Hancock. "I am particularly excited about the learning opportunities our solar energy system will bring our students as they think about career opportunities down the road."

Woodlawn's solar array of 1,280 panels is designed to produce 763,600 kilowatt-hours annually, according to the release.

"Delta Solar is proud to partner with Woodlawn School District on a world-class solar array that will provide significant savings for the district and educational opportunities for students," said Douglas Hutchings, chief executive officer of Delta Solar.

"This project aligns with our mission and values of education and delivering best-in-class solutions to our clients, with a focus on rural communities. We believe it is valuable to expose young people to cutting-edge industries, like Arkansas' fast-growing solar sector. I often say we are an educational organization that also designs and builds solar arrays, so being able to collaborate with Woodlawn Schools is a source of pride for us," Hutchings said.

The amount of clean energy generated each year compared to conventional utilities would be equivalent to taking 85 passenger cars off the road per year and growing more than 300,000 tree seedlings for 10 years, according to the release.