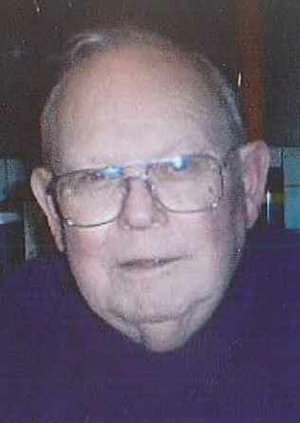 Harry M. Nutt, 83, passed away December7, 2011 at Arkansas Hospice, after a lengthy battle with cancer. He was born September 10, 1928 in Bearden, Arkansas, to the late Earl and Marie Cox Nutt and raised in Fordyce, Arkansas. With rank of Staff Sergeant, he served in the Korean War as a tank commander, earning a Purple Heart and Bronze Star. He graduated from Arkansas A&M (currently UAM) with a Bachelors Degree in Education where he served as Student Government President. He taught high school math in Arkansas, Mississippi, Texas, Utah and overseas with the U.S. Department of Defense Dependent Schools in England, Cuba and Panama.
He is survived by son, Victor (Robbin), of Vilonia, daughter, Deborah Hall (J.D.) of Little Rock and one sister, Juanita Nutt, of Benton. Survivors also include grandchildren: Paige Nutt, Mark Brandon (Alison), Andrew and William Hall.
The family wishes to thank the doctors and nurses who cared for him these many years he battled cancer and to the staff and residents of Emeritus at Pleasant Hills where he resided for the last two and a half years. A very special thank you goes to Mr. Bobby Doyle, a true friend to Harry and the family.
Memorials may be made to Arkansas Special Olympics, 2115 Main Street, North Little Rock, Arkansas 72114. Visitation will be held on Sunday, December11, 2011, from 3:00 P.M. to 5:00 P.M. at Griffin Leggett Rest Hills Funeral Home Chapel, located at: 7724 Landers Rd. in North Little Rock. Services will be Monday, December 12, 2011 at 10 a.m., also at the Rest Hills Chapel with burial to follow at Rest Hills Memorial Park. Please visit the online registry at www.griffinleggettresthills.com.