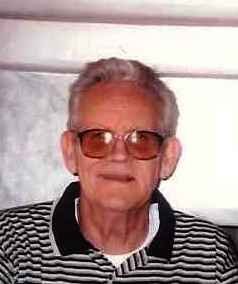 Thurman Bennett Jr, age 79, of North Little Rock, Arkansas passed away December 10th, 2011. He leaves behind his loving family and a host of friends. He was a devoted husband a loving father and an outstanding Pawpaw. He was a pilot and 2nd LT. in the U.S. Air Force. He was a graduate of Arkansas State Teachers College of Conway, Arkansas where he received a Bachelor of Science degree. Upon graduating he taught Chemistry, Physics and Biology in Osceola, Arkansas. Thurman started as a chemist in 1960 for Hercules Powder Co. in Jacksonville, Arkansas and retired as Vice President and General Manager of Vertac Chemical Corp. after retiring from the chemical business in 1987, he earned his Brokers license in Real Estate and formed his own real estate company in Sherwood, Arkansas. He was very supportive of his family's activities.
He coached his son and grandsons for many years, and would travel nationwide to all games and tournaments. He loved baseball and his expertise in pitching and hitting benefited many ball players over the years. Thurman had many championship teams. You would also see him cheering his daughter on at school activities, Beauty pageants and sporting events. He was also very supportive of his granddaughter's volleyball team and her school activities. He loved and was very proud of his family. He was a very caring and passionate man always trying to help others. He loved to hunt and fish.
He was a fantastic reader and in his last years often read a 500 plus page book per day. Thurman loved to watch the Razorbacks and was an avid fan. He was always accompanied by his wife, he and his wife Shirley recently celebrated their 50th wedding anniversary. Mr. Bennett was born on April 23rd, 1932, to Mary Lillie Bennett and the late Thurman Bennett, Sr. He was preceded in death by brothers Gerald Bennett and Jack Edward Bennett, one sister Carolyn Sue Govar.
Thurman is survived by his wife of 50 years, Shirley (Calloway) Bennett of North Little Rock; two children James Bennett and wife Natalie and Lisa Bennett both of Sherwood, Arkansas; four grandchildren, Blaise Bennett and wife Abby, Skylar Helmbeck, Summer Helmbeck and Gabriel Shudak; three great grandchildren, Aliviyah, Shane and Dayne Bennett; as well as his puppy "Lucky". Other survivors include two brothers, Wayne Bennett and wife Minnie Rae, Terry Bennett and wife Jackie; one sister, Marian Kennedy and husband Stanley; one sister-in-law Linda Sue Bennett and a special brother-in-law James Calloway and wife Kay. He also leaves many nieces, nephews and friends.
The family would also like to thank Dr. Jack Fendley, and Dr. John Hays not only for your outstanding medical care, but the compassion and friendship that you've shown Thurman. Visitation will be held Tuesday, December 13th, 2011 from 6-8 p.m. at Griffin Leggett Rest Hills Funeral Home 7724 Landers Road, North Little Rock, Arkansas 72117 (501) 835-3515. Funeral services will be held at 2 p.m. on Wednesday, December 14th, 2011 at Griffin Leggett Rest Hills Chapel with Brother Joe L. Kennedy officiating. Burial will follow at Rest Hills Memorial Park. To sign Thurman Bennett's online tribute please visit www.griffinleggettresthills.com.