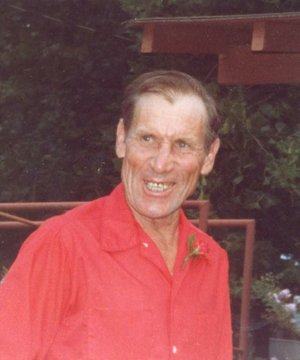 Perry Armstrong Jr., 81, passed away on Dec. 21, 2011. He was born in Tyronza, Ark. on Aug. 10, 1930 to the late Bula and Jack Armstrong. Junior, as he was known, was an entrepreneur all of his life. He loved building engines, truck driving and spending time with his family. He attended Bayou Meta Missionary Baptist Church. Junior moved to Little Rock in 1953 to have a life of many successes in the business world. Most importantly, he was a very devoted husband and father and was loved by all! He leaves to cherish his memory his wife of over 58 years Martha Jane; his children Betty Sue Irvin and her husband Jon, Perry Earl Armstong and his wife Debbie, Tresia Neal Dollarhide Armstrong and Charles Aubrey Armstrong and his wife Audrey; his grandchildren Chuck Dollarhide, Tony Dollarhide, Chris Dollarhide, Janey Uselton, Tresia Uselton, C.J. Armstrong, Larkin Armstrong, Jordan Armstrong, Andrew Armstrong, Madison Irvin; his sisters Dorothy Stiven, Lena Johnson and Shirley Churn; his 12 great-grandchildren and a host of extended family and friends, all who will miss him dearly. Funeral services will be on Tuesday, Dec. 27 at 10 a.m. in the chapel of Griffin Leggett Forest Hills Funeral Home. Burial will follow in Forest Hills Memorial Park. Visitation will be from 6-8 p.m. on Monday, Dec. 26 at the funeral home. www.griffinleggettforesthills.com.