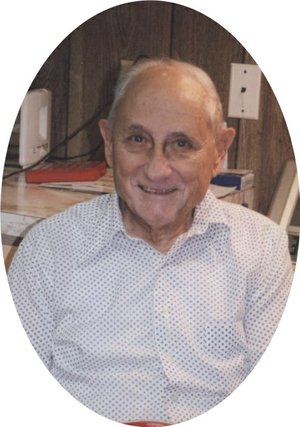 Roy Hershell Thurman, 92, of North Little Rock, passed away Friday, March 11, 2011. He was a veteran of World War II, having served in the Army Air Corps, receiving numerous medals and commendations for superior workmanship keeping aircraft flying. Mr. Thurman served in England, France, and Belgium, prior to being assigned as a guard at the Nuremburg Trials. Following reassignment, he was on the way to the Pacific Theater when he was discharged from the service. Mr. Thurman then became a member of the Army National Guard where he continued working on aircraft at Camp Robinson in North Little Rock until his retirement.
Mr. Thurman followed his wife, Doris, in death, having been married 59 years. He is survived by his son and daughter-in-law, Tony and Nelwyn Thurman of Mountain View; three grandchildren Sara, Jennifer, and Rachel; great-grandchildren Amanda, Cody, Aniah, Demu, and Auslynn; sisters-in-law, Virginia Horn of North Little Rock and Cherry Thurman of Sherwood; and nieces and nephews.
A graveside service will be at 1 p.m., Wednesday, March 16, 2011 at Rest Hills Memorial Park. Arrangements made by Roller-Owens Funeral Home (501-791-7400). The family suggests memorial contributions be made to the Veterans Hospital, 4300 West 7th Street, Little Rock, Ark. 72205. Online guestbook www.rollerfuneralhomes.com/owens.