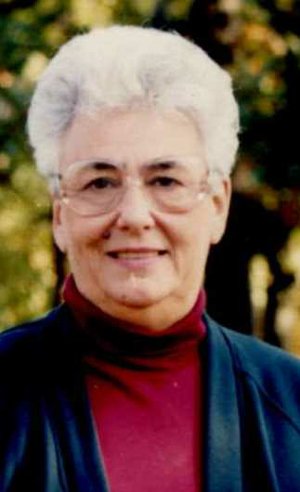 MARY L. VALES, age 78 of North Little Rock, Ark., passed away April 11, 2014 at Springhill Baptist Hospital. She was born on Oct. 22, 1935 in New York; she was the daughter of Mr and Mrs. Joesph Pestana.
Mary was an employee at Wal-Mart and St. Joseph's Daycare for many years. She was a member of Saint Anne's Catholic Church. She enjoyed her family, her dog "little Bit", praying the rosary and the company of others, many of those she loved.
Survivors include her daughter, Kelly McDermott Thompson and her husband Toby; and her only granddaughter, Christina Nicole Thompson.
Funeral Mass will be held at 11 a.m. on Wednesday, April 16, 2014 at Saint Anne's Catholic Church at 6150 Remount Road, North Little Rock, Ark.
Visitation will be from 6-8 p.m. with a Rosary beginning at 7 p.m., on Tuesday, April 15, 2014 both at Huson Funeral Home Chapel at 7700 Hwy 107 Sherwood, Ark.
Sign an online guestbook at www.husonfuneralhome.com.