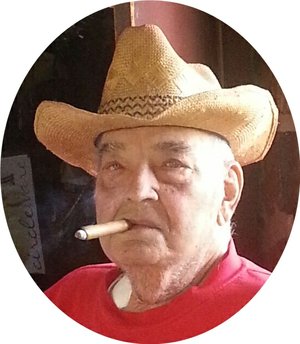 Thomas "Pappy" E. Sponer, 76, of North Little Rock, was called to be with the Lord on Wednesday, April 23, 2014. Tom was born in Morrilton, Ark. to the late William and May M. Bergner Sponer. Tom was a loving husband, father, grandfather and brother. His family was very important to him. Tom was an Army veteran and a member of Immaculate Heart of Mary Catholic Church.
He was an avid sportsman he loved fishing, hunting and riding his four wheeler. Tom retired from the Arkansas Children's Hospital after he served over eighteen year in the Security Department. He will be missed by all who knew him.
Tom is survived by his wife of 52 years, Mildred "Babs" Sponer; four sons, Terry (Kathy), Richie (Jan), Thomas (Tracey) and Shawn (Maggie); nine grandchildren, Trever, Brandis, Victor, Tanner, Matthew, Ashlyn, Cooper, Alex and Patrick; 11 great-grandchildren; three sisters, Loretta McAllister (Bill) Grace Bates (Hollis) and Betty Francis (Jeffrey); and one brother, Mr. Bob Sponer, along with numerous extended family.
Mass of Christian burial will be at 10 a.m., Saturday, April 26, 2014 at Immaculate Heart of Mary, 7006 Jasna Gora Dr., North Little Rock, Ark. 72118. Interment will follow at the Immaculate Heart of Mary Cemetery. Rosary will be from 7-8 p.m. with a visitation following the Rosary at the church. Arrangements made by Roller-Owens Funeral Home, (501-791-7400).
In lieu of flowers memorial contributions be made to Arkansas Children's Hospital, # 1 Hospital Way, Little Rock, Ark. 72202 Online guestbook www.rollerfuneralhomes.com/owens.