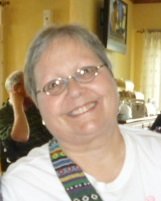 Connie Louise Redding Deislinger went home to be with her Lord on January 12, 2014. She was born March 24, 1956. Her final days were spent surrounded by family and friends.
She is survived by her loving husband, Kevin Deislinger; and her three sons, K.C. Castleberry of Greenbrier, Ark., Jason Castleberry of San Francisco, Calif., and Dennis Crain of Jacksonville, Ark; three sisters, Carolyn Owen of Aransas Pass, Texas, Johnnie Black of Quitman, Ark., and Norma Verant of Broken Arrow, Okla.; and her brother, Pete Scott of Sherwood, Ark. She was preceded in death by her sister, Martha Jane Miskowski; and her parents, John and Maxine Redding.
A memorial service will be held 2 p.m., Saturday, January 18 at Cedar Heights Baptist, 14510 Cedar Heights Rd., North Little Rock. The family would like to extend a special thanks to UAMS and Arkansas Hospice for their care, and to family who stepped in to allow Connie to be at home. www.arkansasfuneralcare.com.