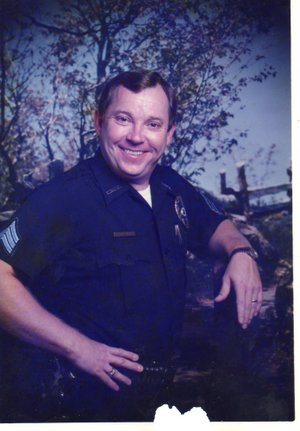 Jon G. Keel, of Benton on January 13, 2014 finished his assignment on earth and left to be with his Lord. He fought a long battle with a pulmonary disease. He was also a cancer survivor. Born in Arkadelphia on January 29, 1947 and raised in Mena.
He was the son of James D. and Clella Keel, who preceded him in death. He was 66 years old. He was baptized at the First Baptist Church of Arkadelphia. He graduated from Henderson State College in 1970.
Jon retired as a Lieutenant from the Little Rock Police Department after 31 years of service. He said that he was lucky enough to have the best job in the world, but was forced to retire due to his illness. He enjoyed hunting, fishing, and camping, but his greatest moments were with his family.
Jon leaves Lynda, his best friend and loving wife of 36 years. Three sons, Robbie, Jon, and Jay Thompson, daughter-in-law Terri Thompson. Known as Pops to his grandchildren; Lindsey, Jake, Colt, Kaitlin, Jaycee and Athena. His in-laws, Bob and Bonnie Mansur of Bryant.
Pallbearers; Charles "Doc" Holiday, Howard Fikes, Ed Gilbert, Jimmy Johnson, David Rowan, Randy Reed, and Bill Rives.
A special thank you, to Dr. Jeff Mayfield and his staff, for their many years of excellent care. Funeral will be held on Wednesday, January 15, 2014 at 1:30 p.m. at Dial and Dudley Funeral Home in Bryant with Rev. Kenneth Freeman officiating. Burial will be at Forest Hills Cemetery. Visitation will be Tuesday, January 14, from 5-7 p.m. at the funeral home. Memorials may be made in lieu of flowers to the Saline County Humane Society. To sign online guestbook visit www.dialanddudleyfuneralhome.com.