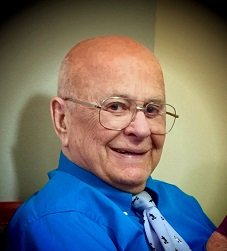 Dr. Edwin Nowell Barron, Jr. passed from this life on August 12, 2019, surrounded by his family and loved ones at Arkansas Hospice in Little Rock. Always a fighter, Dr. Barron was "gutsy" until the end.

He is survived by his wife of 38 years, Bunny, and five of his six children, including sons, Edwin N. "Eddie" Barron III (Melanie) of Indianapolis, Indiana, Todd Barron of Black Hawk, Colorado and daughter, Whitney Barron Perser of Little Rock. He also leaves behind 45 grandkids, 15 great-grandkids and a host of friends and loved ones. He was preceded in death by his daughter, Catherine L. Neinaber of Kansas City, Kansas, and his parents, Dr. Edwin Nowell Barron, Sr. and Mrs. Francis Aylene Barron Bond of Little Rock.

A 1957 graduate of Hendrix College, Dr. Barron also received Bachelor and Master Degrees from the University of Arkansas and his M.D. from the University of Arkansas for Medical Sciences. Dr. Barron was a nationally recognized and respected physician who had a successful family practice for 53 years. He was inducted into the Arkansas Medical Society's 50 Year Club in 2014. For 5 years, Dr. Barron was the face of the weekly medical "HealthWatch" program on KTHV, Channel 11 in Little Rock and for other national CBS affiliates. Prior to his medical practice, he served 3 years in the United States Army as a cryptographer.

Despite his love for practicing medicine and his devotion to his children, Dr. Barron still found time to volunteer for numerous causes and organizations and to serve his community. Among his many contributions, he founded and served as a director of the Catholic Clinic, a free health clinic, from 1970-1984, was appointed by Governor Rockefeller as Special Director for updating and organizing medical care in the state prison system, and to the Governor's Committee on Highway Safety for which he served as Chairman. He also served as President of the Little Rock School Board, on the Board of Directors of the Salvation Army, as President of the Arkansas Palsy Association, as Chairman of the Board of the American Lupus Society and on the Board of Directors of Fulfill-a-Dream, Inc.

Dr. Barron lived his life as an example to us all…a loving husband, a devoted father, a passionate and giving physician, loyal friend and adventurous soul. We will celebrate his life at the Mass of Christian Burial on Friday, August 16 at 1 p.m. at Christ the King Catholic Church, 4000 N. Rodney Parham, Little Rock, with Msgr. Francis I. Malone as Celebrant. Interment will be in the church's columbarium, followed by a reception. The Rosary Service will be held on Thursday, August 15 at 7:30 p.m. at Christ the King. In lieu of flowers, please send memorials to Christ the King Catholic Church or to Arkansas Hospice, 14 Parkstone Circle, No. Little Rock, Ark. 72116.