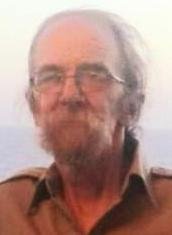 Lewis Taylor Neidhardt, 70, of North Little Rock, passed away on Monday, August 12th, 2019 surrounded by his family after a long illness.

He is survived by his children, son, Jason Neidhardt; daughter , Whitney Waggoner and her husband, Chris and their children, Cedar, Otis and Jasper; his stepsons, Cornell and Seth Heldenbrand and Seth's children, Will and Sophie; his brother, Richard Neidhardt as well as numerous nieces and nephews.

Lewis was born to Dick and Adelaide Neidhardt on January 14, 1949 in Savannah, Ga. as the youngest of three children. When Lewis was a year old, the family returned to Columbia, .SC., where he grew up.

He was preceded in death by his wife of 20 years, Sherry Kittle Neidhardt ; his parents and sister, Rhett Roberts.

Lewis was a master craftsman in many mediums: knife maker, telescope builder, woodworker and fly tyer among them. Lewis supervised the machine shop at the U of A Graduate Institute of Technology for many years. As an early computer geek, he also taught computer short courses at GIT along with setting up networks for local businesses. After surviving lung cancer, Lewis was forced to retire and focused his attention to woodworking, applying the fine tolerances of a machinist to his projects. For years, he was a fixture at the Little Rock Farmer's Market where he was best known for his beautiful cutting boards and furniture. Lewis was a past president of the Woodworkers Association of Arkansas and also presented programs at the WAA meetings. Never one to shy away from a good debate, his letters to the editors of the AR Dem-Gaz were frequently published and were well received by many readers. He was a talented guitarist (with a particular affinity for Eric Clapton) and an avid fly fisherman.

Lewis was a brilliant, kind and gentle soul, beloved by his family and a wide circle of friends. He will be missed by all of them.

A visitation will be held on Friday, August 16, 2019 from 5-7 p.m. at Ruebel Funeral Home. In lieu of flowers, the family asks that contributions be made to the Pulaski County Humane Society. www.ruebelfuneralhome.com.