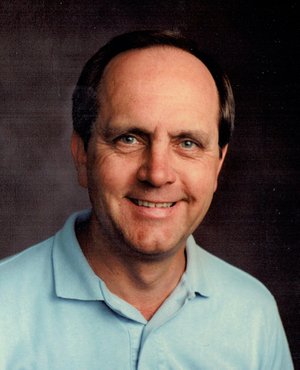 MARION DOUGLAS "DOUG" WOOD of Little Rock, formerly of Sherwood, reported to duty at Fiddlers Green, an eternal resting place for former Cavalry soldiers, on 10 June 2019, after a long hard battle with leukemia. The Wood family would like to thank Dr. Kamal Patel and his team at CARTI for their efforts.
He is survived by his wife of 57 years, Crystal McAllister Wood; son Dr. Gregory Douglas Wood (wife, Brittany), of Little Rock; son Colonel Jeffrey Douglas Wood (wife, Shauna), of Maumelle; grandchildren Hunter Douglas Wood, Lauren Frances Wood, Lindsey Maria Wood, Hudson Douglas Wood, Henry Douglas Wood and Charlotte Jane Wood. He is also survived by a sister, Kathryn King (Jim) of Henderson, Nevada, brother Stuart Wood (Charlyn) of Surprise, Arizona and sister Debbie Wood of Gilbert, Arizona and numerous cousins, nephews and nieces.
Doug was born in Detroit, Michigan to the late Marion D. "Babe" Wood and Louise Johnson Wood. He graduated from East Detroit High School and Arkansas State University where he was a member of Lambda Chi Alpha Fraternity and a Distinguished Military Graduate receiving a Regular Army Commission and then served in combat with the 1st Squadron 17th Cavalry Squadron of the 82nd Airborne Division in the Dominican Republic where he had the distinction of escorting the first land evacuees from the U.S. Embassy. He then attended flight school and graduated as Honor Graduate of his flight school class. He was then assigned as a helicopter gunship pilot with the 1st of the 9th Air Cavalry Squadron of the First Cavalry Division in Vietnam, including service during the Tet Offensive of 1968. He also served as an Aviation Safety Officer in the Army Reserves and a Staff Judge Advocate in the Arkansas Army National Guard before retiring as a Major in 1984; during his career he was awarded over fourteen decorations for valor and meritorious service, including the Purple Heart. He is also a life member of the Vietnam Helicopter Pilots Association and a life member of the Military Order of the Purple Heart.
He was a long-time resident of Sherwood, serving as State Representative in the Arkansas General Assembly for 20 years, including service on the Legislative Council, Joint Budget Committee and as Chairman of the Public Transportation Committee. He was proudest of sponsoring legislation creating the first 24 hour capability for TCCD operators for the hearing impaired and the Vietnam Veterans Memorial on the Capitol grounds. He was engaged in the practice of law for 25 years.
Doug was also an active member of the Civil Air Patrol where he was a mission pilot and employed as Wing Administrator for the State Headquarters, retiring in 2016. Memorial Visitation will be held Friday, June 21st from 10-11:30 a.m. at Smith-North Little Rock Funeral Home with 12 noon Graveside Memorial following at the Arkansas State Veterans Cemetery with Honors. Please visit www.smithfamilycares.com to sign the online guest register.