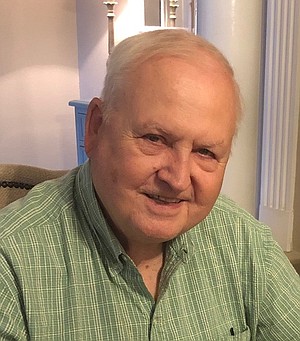 Bud was born on May 9, 1943, in Pine Bluff, Ark., to the late Lowell and Norma McFadin. He was a graduate of Pine Bluff High School, class of 1961. He earned a Bachelor's degree in Business Administration from the University of Arkansas at Monticello, where he was a member of the Lambda Chi Fraternity. He proudly served his country as a Lieutenant in the U.S. Army, including a tour in Vietnam. Bud worked 34 years at The University of Arkansas for Medical Sciences where he was the Assistant Vice Chancellor for Administration. He directed all financial affairs for the Area Health Education Centers across the state. Prior to, he was the Assistant Director for Administration in the Department of Pathology, coordinating contracts between UAMS and the National Center for Toxicological Research Center (NCTR). He was a lifetime member of The Association of Family Medicine Administration and served 3 years as President.

In 2003, Bud and Cherie moved from Pine Bluff to Hot Springs to a lake home where they were looking forward to retirement. After he retired from UAMS in June 2010, he volunteered at Garvan Woodland Gardens for several years where he was Volunteer of the Year in 2013 which allowed him to ride in the World's Shortest St. Patrick's Day Parade in Hot Springs. In 2017, Bud and Cherie moved to Bryant in order to be closer to family.

Bud was an exemplary father and husband, generous with his family and respected by his peers.

Bud married Cherie Johnston on October 3, 1970, in Pine Bluff, Ark. They had 2 children, Scott and Stacy. Some of his favorite things to do was rushing home from work to see Scott's baseball games and Stacy's cheerleading and gymnastics competitions. He was an avid storyteller, was always working on a project and loved teaching his kids and grandkids important life skills. He had a green thumb and you could always find him working in the yard.

Bud was preceded in death by his parents, Lowell and Norma; his nephew, Jeffrey Morgan; and his brother-in-law, Jitters Morgan. Survivors include his wife of 49.5 years, Cherie McFadin of Bryant; sister, Lynn Morgan of White Hall; son, Scott (Gena) McFadin of Conway; and daughter, Stacy (Brad) Hagan of Benton. He was the proud Papaw of Easton McFadin (17), Madison Hagan (16), Hunter Hagan (16) and Worth McFadin (8).

The McFadin family were members of First Baptist Church in Pine Bluff for many years where Bud served as a Deacon and worked in the TV ministry.

Visitation will be held Monday, August 3, 2020, at 2 pm at Ralph Robinson Funeral Home in Pine Bluff, followed by funeral services at 3 pm. Burial will be in Graceland Cemetery. You have left a lifetime of love behind for us all. Words cannot describe how much we will miss you. Online condolences: www.ralphrobinsonandson.com