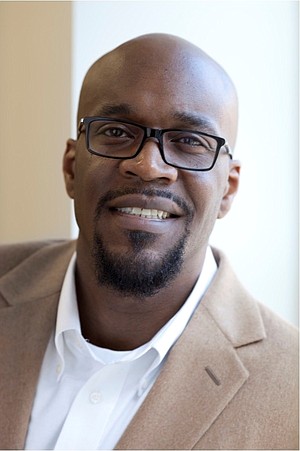 Dr. Alphonso Walter Grant, age 50, of Fayetteville, Arkansas, passed away at his home in Fayetteville due to a heart attack on Dec. 3, 2020. He was a beloved son, brother, uncle, friend, scholar, and educator.
Alphonso Walter Grant was born in Hot Springs, Ark., on March 4, 1970, to Rachel Logan Grant. He grew up in Hot Springs, Ark., and graduated from Hot Springs High School.
He attended Henderson State University Honors College where he earned a Bachelor of Arts in Political Science, graduating magna cum laude. Upon graduation, he moved to Pennsylvania to attend The Pennsylvania State University where he earned a Master of Science in Art Education and became the first person to receive a dual-title Ph.D. in Art Education and African American and Diaspora Studies.
Dr. Grant was a School of Art endowed assistant professor of art education and affiliate faculty in African and African American studies and gender studies in the Fulbright College of Arts and Sciences at the University of Arkansas.
In addition, he was a research associate and qualitative analyst for Rankin and Associates Consulting, Inc. He served on the editorial review board of the Art Education Journal and International Journal of Education and the Arts, Journal of Curriculum and Pedagogy, and the Journal of Cultural Research in Art Education. He was also a guest reviewer for the Journal of Cinema and Media Studies.
Most recently, Dr. Grant was selected to be the Western Regional Director for the Higher Education Division of the National Art Education Association. He was also recently elected to serve on the editorial review board of Studies in Art Education.
He had a proven commitment to interdisciplinary and transdisciplinary ways of knowing and representing key issues and aspects of the world, grounded in diversity, equity, inclusion, and anti-Blackness. Dr. Grant's scholarship expanded many academic disciplines, both utilizing and contributing to theories of Africana studies, Black existentialism, critical pedagogy, critical race theory, curriculum theory, pragmatism, queer theory, racial identity politics, semiotics, the brother on the down low, and visual culture studies. His perspectives and scholarship in art education were critical to the destabilization of Eurocentric and heteronormative discourses in the field of art education.
His accomplishments were many. He presented research at national and international academic conferences, gave keynote addresses, and served on numerous panels which centered the effects of whiteness on Black Americans in educational and community settings. As a scholar, Dr. Grant established a consistent and impactful record of single-authored and co-authored book chapters and journal articles related to how the arts can function as a white supremacist master narrative through rhetoric, visual representations of race, power, privilege, and the role curriculum plays in the development and sustainability of racial inequity.
He led a life of service, dedicating his scholar's aptitude and passion to students, teachers, and the community, challenging how individuals understood themselves, related to others, and interacted with the world. He has made a lasting impression on the students he mentored within the School of Art, across campus, and for the Black male athletes for the University of Arkansas' Athletic Departments' iBelieve Initiative.
He collaborated with Crystal Bridges Museum of American Art's Summer Institute, working with preK-12 teachers, graduate students and university professors, as well as museum educators and docents, to contemplate how to incorporate African American histories into K-12 curriculum through artworks.
Dr. Grant was also a cherished diversity leader with the University of Arkansas Vice Chancellor's office for Diversity, Equity, and Inclusion and was active with the diversity committee within the School of Art. He held the positions of Chair of the College Cabinet for Fulbright College and Vice Chair of the Faculty Development Committee since fall 2019.
He served on the Faculty Senate and as Chair of the Curriculum Committee for African and African American Studies Program for the last two years. Dr. Grant was also a consultant for Art Ventures' Underground mural projects representing African American histories in communities throughout Northwest Arkansas.
Dr. Grant's national and international reputation, his transdisciplinary research, leadership in
diversity, selfless mentoring, teaching, and consulting work will forever be felt as critically pertinent to transforming stereotypical misrepresentations of race, gender, class, sexual orientation, socioeconomic status, and other identities that are pervasive in our educational and social landscapes across the United States and globally.
Dr. Alphonso Grant was a spring 2015 initiate of the Zeta Theta Lambda (ZTL) chapter of Alpha Phi Alpha Fraternity Incorporated in Harrisburg, Pennsylvania. He crossed the burning sands with his line brothers, Kameran Jamal Davis and Carl Anthony Freeman, on Saturday March 7, 2015 with the line being entitled Mwenye Hekima. Dr. Grant made an indelible mark on the ZTL chapter, setting the bar high as he held various office positions. Positions he held include Associate Editor of the Sphinx during the 2015-2016 fraternal year and the Director of Intake for the 2016-2017 fraternal year where he oversaw the initiation of the Spring 2017 line: Mtihani Wa Mtu.
Dr. Grant is survived by his mother, Rachel Logan Grant; sister, Vivian Grant; aunts, Sybil Buford, Eloise Natt and Mildred Summerville; cousins, Joel Middleton, Wanice Buford, Tequira Natt and Kendrick Summerville; nephews and nieces, Logan Grant, Christopher Grant, Jonha Grant, Leah Grant and Cierra Hall.
In lieu of flowers, the family requests donations to be made to a memorial fund organized by Dr. Grant's peers and colleagues. The School of Art plans to create a memorial scholarship in the name of Dr. Alphonso Walter Grant, and more information will be provided at a later date.
Details of a memorial service will also be made available at a later date.
Online condolences www.WestfieldChapel.com.