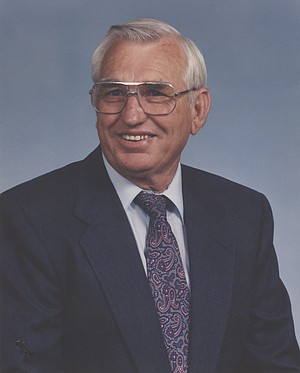 NORMAN JOE PAYNE of Little Rock, 89 years young, sprinted into heaven the morning of December 27, 2020 in anticipation of meeting his savior. Our family Patriarch, "Papa" as he was affectionately called by his friends and family, was born on May 15, 1931 in the Damascus, Ark., area. At an early age the family migrated to the Lake Village area where his father and uncles taught him the fine art of "growing and picking cotton". Understanding that "raising cotton" wasn't his lifelong dream dad entered the U.S. Military in the early 50's served our country during the Korean Conflict, stationed in "Sunny Alaska". He was a member of our country's "Greatest Generation" and was extremely proud of his Military Service.
Not long after returning home post-Military Service to Lake Village Norman truly met the love of his life, a young "Perryville Girl" by the name of Ina Hepp. After a brief courtship the young couple married on December 22, 1953 with last Tuesday marking their 67th year of Norm & Ina's union. Shortly after marriage Norm and Ina brought two rambunctious boys into this world and unfortunately for them Stan and Kenny's antics quickly caused dark hair to begin turning gray. Dad was a fierce St. Louis Cardinal Baseball fan and placing no pressure on the boys he chose to name his sons after Cardinal Hall of Famers, Stan Musial and Kenny Boyer. Needless to say the boys weren't quite up to that challenge!
The most significant event in dad's life was at an early age he dedicated his life to Christ. In the early 60's he entered into the Baptist Seminary with graduation taking place in 1963. For the next 57 years Norman blended his "day job" of DOT Driver with his "nighttime job" of ministering God's Word. Whether in the Pulpit, Sunday School Class, Arkansas State Prison System, Nursing Homes, and Long Term Care Facilities Dad spiritually touched and influenced thousands of lives through his ministry and preaching God's word until his recent illness.
Secondary to his Spiritual Passion was his love for his Grandchildren (seven) and Great-Grandchildren (five) that those two "Heathen Sons" provided for him. For 40 plus years he has been an inspiration and guiding light for this group and because of that they adored him and will miss him greatly.
Norman was predeceased by his parents Ellis & Myra Payne, six Brothers and three Sisters. He is survived by his wife of 67 Years Ina Payne, one brother Millard Payne (Lisa), two sons Stan Payne (Kathi) and Kenneth Payne (Cheril), Adopted Daughter Lori Payne (Jimmy), Grandchildren Lucas Payne (Verna), Holly Linn (Josh), Jacob Payne (Hannah), Drew Payne (Lily), Lindsay Payne, Jenna Rogers (Josh), and Jessie Estes. Great-Grandchildren, Emily, Westan, Winter, Georgia, and Piper, along with dozens of adoring nieces and nephews.
A Private Family Service will be conducted on Wednesday, December 30th. In lieu of flowers please consider a memorial donation in Norman's honor to Antioch Baptist Church in Little Rock.
Sign the online guest book, www.rollerfuneralhomes.com/chenal.