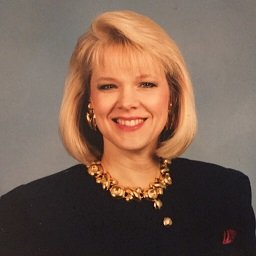 Beloved mother of three, Diane Chowning Delone, 72, of El Dorado, passed away January 8, 2020, surrounded by her loving family who witnessed her passage to heaven.

She was an Arkansan, born in Wynne, raised in Magnolia, and who lived in El Dorado for the majority of her life. She was preceded in death by her father and mother, Robert and Katie Chowning and her brother, Doug Chowning, all of Magnolia.

At a young age, Diane displayed a passion for writing at the Magnolia Banner News where her father Robert Chowning was Managing Editor. She graduated from Magnolia High School in 1965, and was a former Miss Magnolia. She graduated from the University of Arkansas in Fayetteville with a Bachelor of Arts in English and Philosophy.

She worked as a communications liaison alongside then-Governor Winthrop Rockefeller in the late 1960s until marrying and moving to El Dorado. In her new community, she became a homemaker, mother and dedicated servant to several El Dorado organizations such as Service League, Junior League, YWCA, South Arkansas Arts Center, Campfire Girls and served as children's ministry director at First United Methodist Church in El Dorado.

In the 1980s, Diane was host of a popular local television show on KTVE called "Midday" where she would bring stories of the day to those who lived in the broadcast area, 18 counties and parishes between Arkansas and Louisiana.

She was a longtime member of First United Methodist Church in El Dorado and most recently attended Fellowship Bible Church in Little Rock.