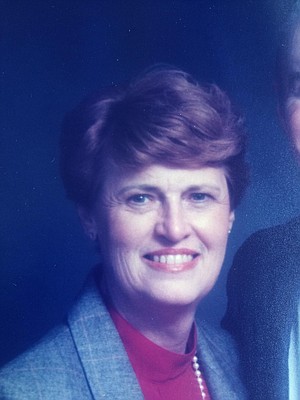 Josephine Doebele Bray died Wednesday, July 22, 2020 in Hot Springs at the age of 97. She was born in Hanover, Kan., on February 28,1923 to the late Philip Urban Doebele and Nora Meier Doebele. She made her home in Malvern in the 1940's and became involved in the community including leader of the local 4H; membership in the Home Demonstration Club, The Green Thumb Garden Club, and the Hot Springs County Democratic Committee; volunteer for Meals on Wheels as well as an Election Day poll worker. She was a judge in The Malvern Council of Garden Clubs and had the distinguished honor of University of Arkansas Master Gardener. She was the founder of a local breast cancer survivor support group and served on the board of the Smith House Shelter for Women. She was honored for her achievements as manager for the Smith House Thrift Shop where she worked tirelessly even into her 80's. She was a talented floral designer and owned Bettie's Flower Shop in Malvern which she operated for over 20 years. She looked forward to attending floral conventions and served as the President of The Arkansas Florist Association in 1977. She was an active member of First United Methodist Church, Malvern volunteering weekly to design the altar flowers.
She was a devoted mother and grandmother who was very involved in the lives of her family. Jo enjoyed cooking, entertaining, and hosting family weddings, engagement, and birthday parties. She and husband Jim enjoyed traveling to Canada, Mexico, the Caribbean, and Europe.
She is survived by three daughters, Susan Lancaster of Fayetteville, Jean Harper and her husband Paul of Malvern, and Martha Lowry of Hot Springs; three grandchildren, Andrea Hassell, Leslie Lancaster-Smith, and Brad Smith; and eight great-grandchildren, Megan Sutterfield, Phillip Hassell, Billy Hassell, Geneva Smith, Lexa Smith, Evan Smith, Sloan Smith, and Drew Smith.
Jo was preceded in death by her husband of 45 years, James Vaughn Bray (Jim); a step-son, Jimmy Bray; two sons-in-law, Phillip Toler and John Lowry; three brothers, Steve, Urban, and Frank Doebele; and two sisters, Margaret Koppes and Nora Thiel.
There will be a private family funeral at Gross Funeral Home. Burial will be at Wilson Cemetery near Lewisville.
Memorials can be made to the First United Methodist Church in Malvern.
Guests may register at www.grossfuneralhome.com.