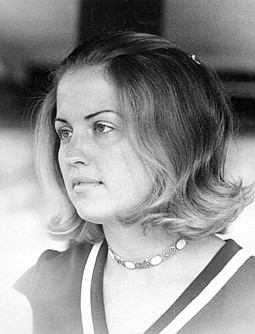 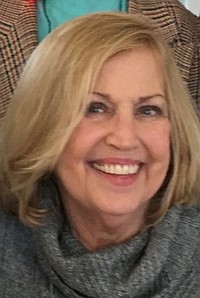 Patricia Ann "Tricia" Greene passed away in Little Rock, Ark. on July 27, 2020, after a four-year battle with a degenerative nerve disease. She was born August 18, 1946, in San Diego, Calif.,and lived in Detroit, Mich., until 1955. In Little Rock she attended Franklin Elementary, Southwest Junior High and Little Rock Central High. After high school graduation she attended Newcomb College of Tulane University on scholarship, graduating in three years. She graduated Phi Beta kappa with a degree in math. She was a member of Alpha Omicron Pi (AOII).
Tricia was predeceased by her parents, Ralph Taylor Greene and Nolene Woodson Greene. She is survived by her husband, Edmond Turner of Maumelle; brother, Doug Greene and his wife Tiff Mitchum of Boulder, Colo.; and sister, Cindy Greene of Little Rock; nephew, Donovan Greene (Kelsey Petersen) of Boulder, Colo;, and great-niece Grace Greene. She is also survived by many beloved aunts and cousins. She also leaves behind the last of her string of adored cocker spaniels, Breaux.
After graduation from Newcomb she worked for Texas Instruments where she wrote the software and installed one of the first remote terminals in London in 1970. She later worked for Republican National Bank in Dallas. She worked in banking Information Technology until she went back to school choosing Stanford Graduate School of Business School over Harvard University.
After receiving her MBA in 1977, she worked for Gulf Oil Exploration and Production Company in Pittsburgh, Pa., Houston, Texas, and Tulsa, Okla. She later joined Visa International in Foster City, Calif., and was instrumental in the international growth of Visa debit programs.
She took early retirement, moved back to Arkansas and became active in Arkansas politics. She served resident of Arkansas Republican Women, Treasurer of National Federation of Republican Women, and attended national convention in New York, N.Y., Minneapolis, Minn., Tampa, Fla., and Cleveland, Ohio.
Over the years she was active in many Newcomb and Tulane alumni activities serving as president the Newcomb alumnae association. She was awarded the Newcomb alumnae Service and Loyalty Award.
Tricia was a brilliant and beautiful person who was admired by her vast network of friends and family. She loved having a second home in New Orleans where she enjoyed the fantastic food scene (especially Commander's Palace) and the New Orleans Saints football team.
Due to the constraints from the Covid-19 pandemic, a celebration of life memorial will be postponed until after attendance restrictions have been lifted so family and friends will be safe and comfortable. Arrangements are under the direction of Ruebel Funeral Home, ruebelfuneralhome.com