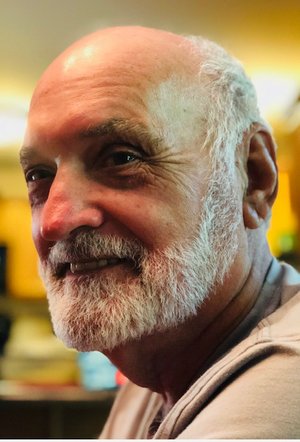 Bob Keaton was born to Erma Dell and Robert Clarence "Jack" Keaton in Almyra, Ark. on October 19, 1942. Surrounded by his loving family, he peacefully joined his Heavenly Father on May 29, 2020 at the age of 77.
He was preceded in death by his parents and brother, Clarence Joe Keaton (Kathy Keaton of Mountain Home, AR) He is survived by his wife, Delayne Keaton of DeWitt, Ark.; his daughter Raye Ann Pierce (Gordon Pierce) of Benton, Ark. and son Matt Keaton (Janet Keaton) of Rison, Ark. Siblings Melvin "Ned" Bowers (Margaret Bowers) of Tacoma, Wash. and Eloise VanCamp (the late Dale "Van" VanCamp) of McKinney, Texas. Bob relished the role of Papa to his grandchildren Codey Keaton, Sydney Keaton and Jade Keaton of Rison, Ark. and Gabe Pierce of Benton, Ark. He had 14 nieces and nephews.
Bob received his early education in Almyra‘s Needmore School. He continued his education at DeWitt High School where he was elected President of his graduating 1960 class.
He joined the Army National Guard serving for eight years as a medic while farming with his father on Keaton flats. After marrying the love of his life, Shirley Delayne Coit, on January 19, 1968, he moved to Oklahoma City where he became a police officer at Will Rogers International airport. He went on to become the youngest sergeant in the history of the Oklahoma City police department. Bob competed in law enforcement firearm competitions and achieved the level of Distinguished Master marksman.
In 1974 he moved his family back to Arkansas to pursue his passion of farming. He put his Army medic skills to further use working as a phlebotomist in the plasma center at Cummins prison. He went on to manage the Pine Bluff plasma center, later becoming the regional manager of Pine Bluff Biological.
In 1997 he began his career in dialysis practicing in Stuttgart, Ark., Farmers Branch and Denton, Texas. In 2008 he realized his dream of retiring to the family farm where he would live out the remainder of his days working the land, tending his garden and appreciating the freedom to nap as often and for as long as his heart desired.
Bob Keaton dedicated his life to the service of others. He was a gifted writer and penned several short stories and poems. Many of his works received the highest grades awarded to students of Pine Bluff High School where his children passed off his work as their own, with his permission of course. Bob was an avid history buff and his interests included everything from bird watching to the Civil War - with a particular interest in general Robert E Lee - conspiracy theories, ghost stories, aliens and UFO's. He now knows the answers to the universe's mysteries. "For there is nothing covered that will not be revealed, nor hidden that will not be made known." Luke12:2.
Working six, sometimes seven days a week to provide for his family left him unable to enjoy all but a few of his children's sporting events. However, retirement allowed him the freedom to travel around the country to watch his grandchildren play ball. Whether it be baseball, football, softball, basketball or track the Razorbacks couldn't hold a candle to Papa's grandchildren.
Bob was full of mischief and wonder. His smile lit up every room. His gentle nature, kindness and compassion knew no bounds. Bob taught his children and grandchildren about Jesus and His everlasting love. Nothing made him happier than sitting down with a cup of coffee and enjoying the company of family and friends. Everybody has a story about Bob and we would love to hear them all.
He attended McAdams Road Church in DeWitt, Ark. where a celebration of his life will be held Saturday, June 6, 2020 at 2 p.m. He will be interred with full military honors at the Arkansas State Veteran's Cemetery in NLR, Ark.
In lieu of flowers, the family has requested that donations be made to the Leukemia & Lymphoma Society or McAdams Road Church. Cremation arrangements by Essex Funeral Home. www.essexfuneralhome.com.