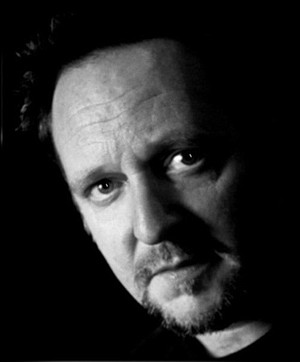 John Hamilton Watson, 65, of North Little Rock, Arkansas, left this world to embark on his next journey on June 12th, 2020, surrounded by his loving family. John was born to Ralph and Leila (Hamilton) Watson in Lewisville, Arkansas on August 4, 1954. After graduating from Northeast High School in 1972, he enrolled at Memphis State, before transferring to The University of Utah to focus on film and photography. After graduating with a Bachelor of Arts in 1977, John returned home where he became the first staff photographer at The Arkansas Times. Photojournalism gave way to fashion where he spent many years shooting print ads and catalog work for Dillard's. After his run in advertising, John turned his attention to freelance photography as well as film/video production. John spent extensive time in Paris, Bangkok, Kathmandu, and Cambodia where he embraced the culture and captured beautiful images. After returning home from Southeast Asia, John focused on domestic travel where he spent time shooting in New York City, Houston, New Orleans, and Santa Fe among other cities. John had a love and appreciation for Blues music, spending decades documenting the Mississippi Delta. Watson touched many lives. He always greeted strangers with open arms and they left with open minds. He will be missed dearly by his family and friends, but his spirit will live on through the memories we shared and the art he left behind.
John is survived by his brothers Ralph Watson of Newport News, Virginia and Norman (Carol) Watson of Russellville; his sisters Nancy (Gary) Peters of Fort Smith and Debra (Phil) Miller of Benton; his nieces Elizabeth Watson of Newport News, Virginia and Carman (Heath) Stump of Russellville; his nephews Daniel Watson of Russellville, Miles Miller of North Little Rock, Josh Miller of North Little Rock, Garrett (Stephanie) Peters of Fayetteville, and Skeet (Jordan) Peters of Tulsa, Oklahoma; and many great-nieces and nephews. His beloved cat, Kitty Man, was graciously attended to while he was sick and has been adopted with loving arms. John was preceded in death by Ralph Watson (father), Leila Watson Sims (mother), and Floyd Sims (stepfather).
A celebration of life will be announced later.