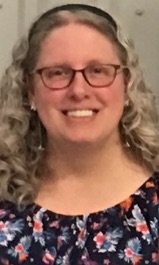 Nona "Kay" Byrd, a resident of the Oak Grove Community near Bigelow, Arkansas, passed away Tuesday May 12, 2020 at the age of 59.
Kay is survived by her husband, Ronald Byrd; her children Stephanie Toon of Conway Arkansas, Stephen (Bethany) Byrd of Jackson Missouri, and her grandchildren; Cameron Byrd, Jack Toon, Averi Toon, Lily Toon, and Olen Byrd. Her sister, Shelia (John) Sumner of Whittman, Arizona, James "Jamie" (Jamie) Chambliss of Deberrie, Arkansas. She had an abundance of nieces and nephews. She was predeceased in death by her parents James Chambliss and Lillie Naomi Chambliss of Perryville, and son-in-law Robert Toon.
Kay was born in Star City, Arkansas on April 9, 1961 to James and Naomi Chambliss. On June 9, 1979 she married Ronald Byrd, the love of her life, and through their love became a devoted mother and grandmother. Kay served faithfully as a pastor's wife for 41 years, and worked at Core Source/Trustmark for 13 years. She had a gentle and steadfast spirit, and will be deeply missed by her family, friends, and all who knew her.
A graveside service is scheduled for 2 p.m. Friday, May 15, at Oak Grove Cemetery. Reverend Mike Warren who, with his wife Elizabeth are Ronald and Kay's best friends, will officiate. Flowers are welcomed but donations are preferred to The Gideons International (gideons.org). Arrangements are by Harris Funeral Home of Morrilton. Online Guestbook: www.harrisfuneralhomes.net.