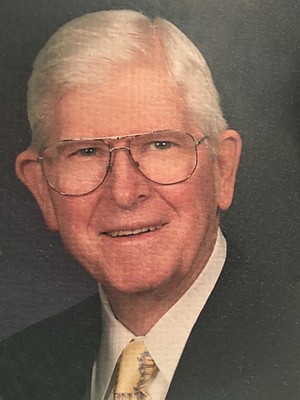 WAYNE RUSSELL, 95, of Little Rock, passed away on Thursday, November 5, 2020. Born May 30, 1925, in Brownsville, Tenn., to William Lancelot Russell and Addie Sue Powell Russell, he graduated from Messick High School in Memphis, Tenn., and the University of Memphis.

After successful career in the poultry industry, he retired as Vice President and General Manager of Corn Belt Hatcheries, a division of the Kroger Company. Wayne served as President of the Arkansas Poultry Federation and was honored as APF Man of the Year in 1972. He also served on the Arkansas Egg Council.

Wayne served in the Army Corp of Engineers on the European front during WWII. In 1946, following his discharge from the Army, Wayne married his high school sweetheart. Wayne moved his family to Hope, Ark., and there he and Ruby raised their four children. Wayne was a devout Christian and active member of First United Methodist Church in Hope. After moving to Little Rock, he became an active member at Highland Valley UMC.