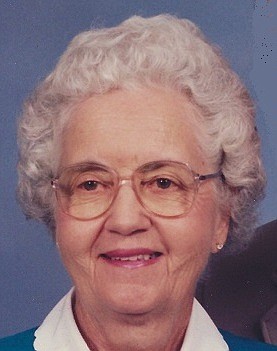 Hilda Coen Hudlin, passed away November 22, 2020. She was born on April 4, 1920, in Copiah County, Miss., the daughter of Herman M. Coen and Mabel Corley Coen. Hilda was preceded in death by her parents, her husband, Willis Hudlin, her two brothers, Herman M. Coen, Jr. and Hugh B. Coen, her sister, Susie Coen West and a niece, Janet Rebecca West. Hilda is survived by a niece, Penny Manning of Arkadelphia; a nephew, Tommy Coen of Dallas, Texas; and special friends, Bill and Anita Donnel.

Hilda graduated from Hazlehurst, Mississippi High School in 1938, as valedictorian of her class. She graduated from Belhaven College (now Belhaven University) in Jackson, Miss., in 1942 where, in her senior year, she was voted into Who's Who of American Colleges and Universities. She married Willis Hudlin in 1948 and enjoyed 54 years of married life until his death in 2002.

Hilda was a member of Immanuel Baptist Church and the Phebean Sunday School Class. She was an avid golfer and loved to travel. Hilda was a Real Estate Agent for Fausett & Co. Realtors for a number of years.

Services will be held on Wednesday, November 25, at 10 a.m., at Smith Little Rock Funeral Home. Interment will be in Hazlehurst, Miss. Covid-19 guidelines for wearing masks and social distancing will be followed. In lieu of flowers, memorials may be made to Immanuel Baptist Church Building Fund, 501 N. Shackleford Rd., Little Rock, Ark., 72211, or to a charity of one's choice.