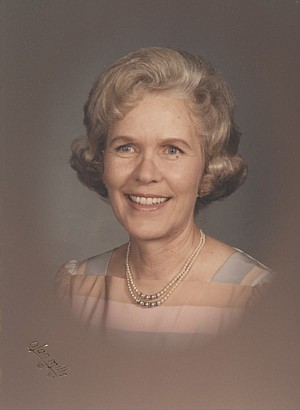 NAOMI HAYDEN, 85, passed away on October 23, 2020, following a complicated illness. She was born on August 30, 1935, in Jersey, Ark., to Virgil "Jeff" and Florence "Floy" Davis. She graduated from Hermitage High School and attended Arkansas A&M in Monticello. Naomi worked as the Secretary to the Base Commander at the LR Air Force Base during the Bay of Pigs crisis, era of Strategic Air Command, and even had the opportunity to meet John F. Kennedy during the dedication of the Greer's Ferry Dam. While at LRAFB, she met Nicholas Rand Hayden, whom she married in 1959. Together, they owned a wholesale snack foods company for many years, then she retired from the Corps of Engineers as a contract specialist.

Naomi will be lovingly remembered as a wonderful daughter, sister, wife, mother, aunt, grandmother, and great-grandmother. She is preceded in death by her parents, husband, sisters Margaret Parker and Lillian Moore. She is survived by her daughter and son-in-law, Lisa, and Jay McEntire; son and daughter-in-law, Randy, and Kristen Hayden; grandchildren John, Hayden, and Davis McEntire, Lauren Smith, and husband Austin; Olivia and Owen Hayden; and three great-grandchildren, Madeline, Graham and Catherine Smith, along with many nieces and nephews.

Naomi enjoyed spending time with family, antiquing and collecting Depression Glass over the years. She was married in First United Methodist Church of Little Rock, where she was active for many years.

Due to COVID restrictions, all guest must provide and wear their own masks.