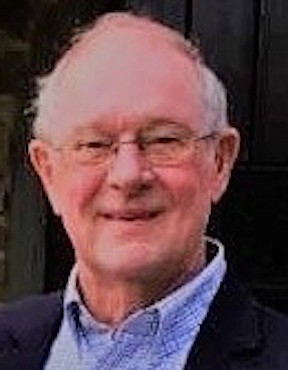 Thomas "Paul" Considine, 76, of Bryant, Ark., passed away peacefully on Saturday evening, July 24, 2021, at 11:30 p.m. He was with his wife, Susan Mary D'Andrea Considine, and in the professional care of hospice staff. Paul, also known as "Little Connie," was born in Fall River, Massachusetts, to the loving parents of "Big Connie" and Catherine Considine. He was the middle of three siblings and attended Coyle High School in Taunton, Mass. Baseball, boating, quahogging and beach time in Westport, Mass., being with his dog, Rocky, and his best friend for life, Billy Costa, were some of his favorite past times. He graduated with a BS in Textile Engineering from Southeastern Massachusetts University, was an active member in the social fraternity, Phi Omega and immediately joined the management training program at Firestone Rubber Company in Fall River in 1968. Paul was chosen to be the plant manager over the Firestone operations in Magnolia, Hope and Prescott, Ark., in 1979. With three young children and wife in tow, he quickly acclimated himself to the beautiful southern town of Magnolia that he called home for more than 25 years. He was an active member of Immaculate Heart of Mary Catholic Church, served on the parish council as the financial leader, participated in Rotary, volunteered for the Boys and Girls Club of Magnolia and the Magnolia Jaycees. In his downtime, he was maniacal about maintaining a nice lawn and enjoyed golfing at the Magnolia Country Club, spending weekends at Lake DeGray or fishing at Lake Columbia, always throwing back the fish. He was always happiest when his home was filled with family, eating his famous chicken wings and well-done steaks. He loved laughing and joking with his kids' friends almost as much as his own!
Paul is survived by his wife of 53 years, Susan, and three children, Colleen (David), Keith (Ami), and Michael (Abby), as well as his sister, Judith (Richard) and brother, John (Jo); his grandchildren, Quinn and Dominic (Keith/Ami), Maddie and Emery (Michael/Abby) and Harrison, Ben, and William (Colleen/David); grand dogs, Andi, Hash, Bear and Scout and numerous nephews and nieces as well as beloved in-laws. He was preceded in passing by his father, Thomas Paul, and mother, Catherine.
A funeral mass will be held at St Theresa's Catholic Church in Little Rock on Saturday, August 21. In lieu of flowers, please send memorial donations to his charities of choice: St Theresa's Catholic Church, 6219 Baseline Road, Little Rock, Ark., 72209, and The Arkansas Food Bank:
https://hunger.arkansasfoodbank.org. Online guestbook: www.smithfamilycares.com.