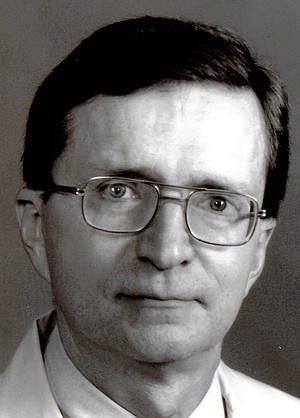 December 5, 2021, marked the passing of George H. Brenner, Jr., MD, retired radiologist and longtime resident of Hot Springs. George was born January 25, 1934, in Hot Springs, son of Herbert Brenner and Catherine Housley. After graduating from Hot Springs High School in 1951, George began his pursuit of a career in medicine by graduating from the U of A Medical School in 1958, 5th in his class. He was inducted into the prestigious Alpha Omega Alpha Honor Medical Society the same year. George was a practicing radiologist with Radiology Consultants in Little Rock for 34 years, after which he practiced part-time for six years in Hot Springs.
George was preceded in death by his former wife, Jeanne Brown Phillips. He is survived by his wife of 35 years, Peggy, and his children, Karen Scott of Traskwood, Arkansas, George of Pensacola, Florida, and Thomas of Richardson, Texas. Also surviving is George's sister, Janis Brenner Smith of Hot Springs; three granddaughters and two great-grandchildren.
A memorial service will be held 2 p.m., Thursday, December 16, at Caruth-Hale Funeral Home. Visitation will follow in the lobby area. Memorial donations may be made to the American Heart Association or charity of your choice. Private interment will be held at a later date. Online condolences at: www.caruth-hale.com.