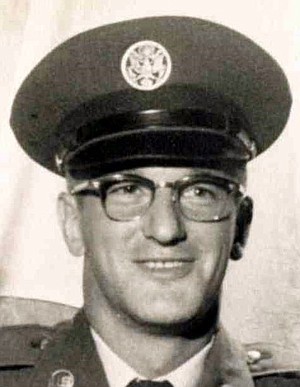 LeRoy Allen Schmidt, 89, of Cabot, died Friday, February 19, 2021, at an area hospital. Until recently he lived in the Oak Grove Community for over fifty years. He was born January 16, 1932, in Prosser, Washington. He is the son of the late Clifford Schmidt and Dorothy Schmidt of Prosser, Washington. He is preceded in death by his wife of 63 years, Patricia Howell Schmidt, a son, Allen Keith Schmidt, his parents and a brother, Harvey Schmidt.
Survivors include a daughter, Carol Schmidt McCabe, a granddaughter, Lauren McCabe and her fiancé, Colte Mosher, one grandson, Keith Schmidt and two great-granddaughters, Kelsey Schmidt, and Kinley Schmidt, a sister, Hazel Blackmore of Oregon, in addition to a number of other relatives and a host of friends.
Mr. Schmidt served time in the Washington National Guard and joined the United States Army as a teenager and served in Korea during the Korean Conflict, as a platoon leader in frontline battles. He participated in The Battle of Chosin Reservoir, who's survivors would later become known as the "Chosen Few", in November and December 1950. Following discharge, Mr. Schmidt served for seventeen years in the United States Air Force spending time at the Little Rock Air Force Base; in England, Okinawa, Germany and Indiana. Following military retirement, Mr. Schmidt worked for ten years in Civil Service at the Commissary at the Little Rock Air Force Base and then did volunteer work in the pharmacy at the Air Base. He also worked in Custodial Services for Cabot Public School and in cabinetry as an assistant. Mr. Schmidt was a member of First Baptist Church of Oak Grove.
Visitation will be Wednesday, February 24, 2021, from 6-8 p.m., at Smith Westbrook Funeral Home in Beebe. Funeral service will be on Thursday, February 25, at 2 p.m., at Smith Westbrook Funeral Home Chapel. Interment will be at Oak Grove Cemetery. The service will be live-streamed via Smith-Westbrook's facebook page. Arrangements by Smith-Westbrook Funeral Home. www.smithfamilycares.com