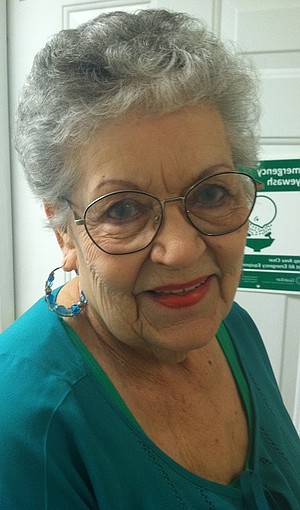 Patricia Ann Roberts Nease, 87, of Mooresville, N.C., passed away, Tuesday, Jan. 19, 2021 at The Citadel of Mooresville. Mrs. Nease was born May 5, 1933 in North Little Rock, Ark., and was the daughter of the late Clead A. Roberts and Ellen Bland Roberts. She attended North Little Rock High School. On September 30, 1950, she married the late Roy Doyle Nease, who passed away, June 9, 2020. Together they had many adventures and enjoyed life to its fullest. Early in their marriage, they lived in France and took a month's vacation to travel Europe – with 3 small children! But oh the sights they saw and memories they made – enough to last a lifetime. They lived in Arkansas for four years after returning to the states where they had a little land and raised cows and chickens and a garden. They were up early to tend to the animals before going to their regular jobs. In addition, Mrs. Nease sewed and made most of her children's clothes. A great deal of their time was spent in Dover, Del., where Mrs. Nease was an office manager for a veterinarian at first and then for two doctors. Because of Mrs. Nease's personality and love of people, she was well known in the Dover area.
Because her husband loved to play golf, Mrs. Nease decided she better join him so she took lessons and they became a dynamic duo, playing on many different golf courses with many friends and other golf lovers. They travelled all around and loved their adventures. They were instigators in many golf outings and parties – even playing golf in the snow!
Mrs. Nease was a master cross-stitcher with many wonderful pieces that she shared with others. If you know anything about this art, you know it takes a lot of love and patience to complete a piece. And if she found a mistake – no matter how far back – she would rip out the stitches to that point and start over! Not many would have the patience to do that.
Mrs. Nease was also an avid reader. She enjoyed sharing books with friends and neighbors and talking about the plots. She encouraged many new readers to jump in and see why she enjoyed reading so much.
She is survived by two daughters, Pamela Scott (Mike) of Mooresville, N.C., Cynthia Nease of Dover, Del; four grandsons, Michael Ryan Nease Utley (Melanie), Matthew David Nease Utley (Ginn), Michael Roy Scott (Heather), James Ray Scott (April); and seven great-grandchildren. She was preceded in death by one son, Roy D. Nease, Jr.; and four sisters, Mildred Sue Beaumont, Marilyn Joyce Bowers, Sylvia Larue (Libby) Williams and Nancy Diane Roberts.
A celebration of life service will be held at a later date. Troutman Funeral Home is serving the family of Mrs. Patricia Nease.