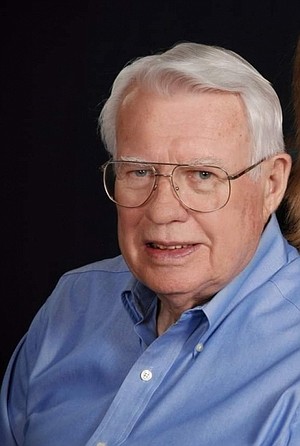 ALLEN EDWARD BROWN, 86, of Bryant, Ark., passed away Sunday, June 27, 2021. Allen was born in Branch, Ark., on August 17, 1934, to Winford and Winnie Mae Brown. Allen was predeceased by his wife, Shelby Brown; his parents; sister, Ida Ann Brown Balch; and his daughter, Melissa Ann Boroughs.
Allen was a graduate of County Line High School in 1952 and on May 29, 1954, he and Shelby Gean Kirkpatrick were married. The two were married for 56 years, until her death in 2010.
Allen served in the U.S. Army as 1st Lieutenant in the 142nd Field Artillery Brigade.
Allen was a staunch Democrat and proudly boasted about his time working with Democratic candidates' campaigns while still in Northwest Arkansas.
Allen was a retired District Manager for Singer Sewing Machine U.S. Consumer Products Division and served on the President's Council in 1978.
Allen is survived by his son, Allen Brown, Jr. (Tracy); grandchildren, Reed Boroughs, Derrick Boroughs (Jacole), Clay Caffey, Lauren Fredericksen; and great-grandchildren, Declan, Vivian, and Taytum; and by his faithful pup, Roxy.
Memorial arrangements will be announced at a later date. In lieu of flowers, donations may be made to First United Methodist Church, P.O. Box 13984, Maumelle, Ark., 72113. Arrangements are under the direction of RuebelFuneralHome.com