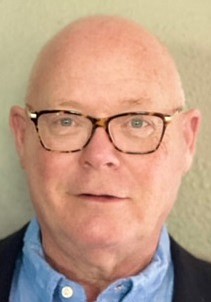 James George (J.G.) Regnier, 65, passed away October 24, 2021.
He was born March 13, 1956, in Little Rock, Ark., to Dr. George and Betty (Bronson) Regnier.
J.G. graduated from Hall High School in Little Rock 1974, served with the Arkansas Army National Guard, and completed his college education from the University of Arkansas at Little Rock. He had a servant's heart and carried the message of recovery far and wide.
J.G. had been in private practice since 2001 with Counseling and Psychology Services in Little Rock. He has been in the substance abuse field treating co-occurring disorders since 1988. He also provided clinical supervision in various settings both in person and long distance in Arkansas for substance abuse and mental health programs that specialized in co-occurring disorders. He held the following credentials: LADAC, AADC, CCS, DCS, SAP, PRSS. He also obtained the second highest trainer credential at the Motivational Interviewing Network of Trainers (MINT) at Atlanta, Georgia in October of 2014.
He served as Vice-President of the Arkansas Association of Alcoholism and Drug Abuse Counselors (AAADAC) for three terms, two terms on the Arkansas Substance Abuse Certification Board (ASACB), and was appointed to serve on the Arkansas Alcohol and Drug Abuse Coordinating Council for an unprecedented three consecutive terms as an at-large member.
Survivors include his wife, Billie (Grady) Regnier of the home; one stepson, William Hardison (Melinda) of Troy, Mo.; mother-in-law, Jetta Grady of Southside; one brother, John Regnier (Katie) of Wilmette, Illinois; as well as several nieces and nephews, cousins, and many friends.
He is preceded in death by his parents; one brother, Tom Regnier; and one sister, Janie Regnier.
Funeral services will be held Friday, October 29, 2021, 2 p.m. at the Roller-Crouch Funeral Home in Batesville with Harry "Bub" Branton and Jay Lowry officiating. Visitation will be one hour prior to the service.
Memorials may be made to Stepping Stones, 62 Oak Rd., Katonah, N.Y., 10536, or online at https://www.steppingstones.org/support/donate-now