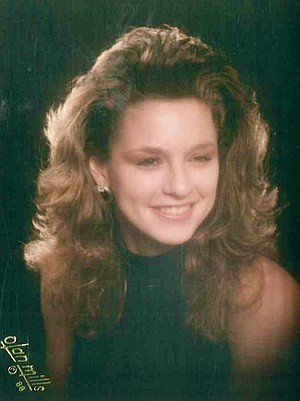 KIMBERLY "KIM" GOSS, 56, of North Little Rock, Ark., passed away, Friday, September 10, 2021, at 10:50 p.m., in her family's home, surrounded by her children and parents. Born in Little Rock on August 4, 1965, Kim was the daughter of Janice and Steve Goss.
A loving daughter, mother and successful businesswoman, Kim spent her career in the construction and general contracting industry, most recently as the director of operations for Harper Restoration and Roofing of North Little Rock. She also worked as the contracts manager for Interstate Restoration of Fort Worth, Texas. There, she worked to help build Interstate from a small restoration business into an international, commercial construction company, specializing in disaster restoration, remediation, and reconstruction. Kim was proud of her involvement in the recovery efforts of Hurricane Katrina and Hurricane Sandy.
Kim started her career as a construction specification writer and project manager for McClelland Consulting Engineers of Little Rock, Ark. She held five contractors licenses in five different states.
She graduated from Sylvan Hills High School in 1983, and was an early member of the Young Republicans during the 1990s. Kim continued her education at the University of Arkansas at Little Rock and received various certifications in her field of construction. She was an OSHA instructor and conducted numerous classes for subcontractors.
In addition to her parents, Kim is survived by her sons, Justin Adams of College Station, Texas, and Johnathan Dring and his wife Stacy of Plano, Texas; and her brothers, Eric Caldwell, his wife Leesa, and Kim's niece Erika of Little Rock, Ark.; and Brad Goss and his wife Jodie of Fayetteville, Ark.; and her partner, Jett Paul of North Little Rock; and her adopted son, Jonathan Kight of Plano, Texas.
Kim had many interests and enjoyed many activities including being an avid Texas Longhorns fan, and enjoying many summers wakeboarding and making memories with families and friends on the lake.
The family would like to thank all of Kim's good friends near and far, who have given their time to her, keeping her spirits high, and celebrating her life with her. They are deeply grateful for the love they have shared with Kim.
A visitation will be held on Wednesday, September 15, 2021 from 5-7 p.m., at Smith North Little Rock Funeral Home. A private memorial service will be held at a later date.
Memorials may be made in her name to the North Little Rock Animal Shelter.
Services entrusted to Smith North Little Rock Funeral Home. www.smithfamilycares.com.