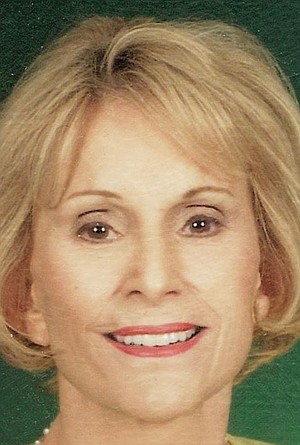 Myna Sue Pearce, of Hot Springs, Ark., died on Thursday, May 5, 2022, at the age of 82. She was born on April 3, 1940, to Ralph and Dishie (Varnell) Leonard of Salado, Ark., and was one of eight children. Sue is survived by her beloved husband, Dr. Malcolm B. Pearce of the home, son, Malcolm Brian Pearce of the home and his fiancé Tasha, daughter Kristen Leigh Pearce of Little Rock, Ark., daughter, Karen (Robert) Garrett of Woodway, Texas, daughter, Terri (Mark) Szabo of Arlington, Texas, and grandchildren, Brandon, Clare, and Kate. Sue is also survived by three brothers, Bill Leonard of Sulfur Rock, Ark., James R. Leonard of Batesville, Ark., Rusty (Martha) Leonard of Sulfur Rock, Ark., two sisters, Melba James of Bentonville, Ark., and Nancy (Keith) Rutledge of Batesville, Ark., along with twenty two nieces and nephews. Sue was preceded in death by her parents, brother, Sammy Leonard, sister, Mary Wanda Leonard, and her maternal and paternal grandparents.
Sue graduated from Southside High School, Class of 1958, and was a competitive basketball player. While pursuing higher education and a nursing degree, Sue met the love of her life, Dr. Malcolm Pearce and they were married on February 12, 1967. They were married for 55 years until Sue's passing. There were many special event wrapped in those 55 years with Dr. Pearce serving in Philippines, starting a family with the births of Brian and Kristen, both Sue and Dr. Pearce devoting their lives to health care, and Sue being an avid tennis player. Sue's lifetime accomplishments included her devotion to family, nursing, and charity work. She and Dr. Pearce hosted numerous charitable events and parties for many special occasions and important causes close to her heart. Hosting a large special event was one of the places Sue was in her element. Sue was an extraordinary and supportive person to the people she loved. To Malcolm, Brian, and Kristen she was a loving wife and mother, to her brothers and sisters, she was a caring sister, to her patients she was a compassionate nurse, and to her community she was kind and giving. Sue also cared for her elderly mother in her home until it was no longer possible. Sue had a long and successful career as a registered nurse. Sue and Malcolm retired and moved to Hot Springs on the lake. After a several years, Sue's health declined and she began her long battle with dementia, which she fought with the same tenacity that she lived her life. Today, we ask that you remember the good times and special moments you had with Sue. Early Thursday morning Sue made her heavenly flight to meet her Holy Father. She is no longer fighting dementia, problems of this world, worry or fault. Today Sue is with her mother, father, brother and sister and is standing perfect and whole in midst of God's Glory and Righteousness.
Funeral services will be held at the First United Methodist Church, 1100 Central Ave., in Hot Springs, Ark., with services to begin at 11 a.m., on Thursday, May 12, 2022. Family and Friends are welcome to a special viewing and greeting of the family prior to the services, beginning at 10 a.m. to 10:50 a.m. Services provided by Caruth-Hale Funeral Home, 155 Section Line Road, Hot Springs, Ark. www.caruth-hale.com