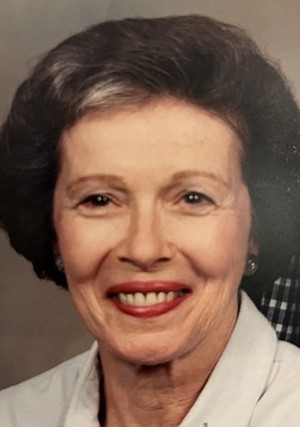 Jerrene M. Dishongh, 89, died on Saturday February 19, 2022. She was born the first of four children to Byron and Hazel Martin on August 29, 1932 in Monticello, Ark.
After graduating from the University of Arkansas in Monticello with a BS degree in Chemistry she married Joe Dishongh, and they moved to Bainbridge, Ga., where she would teach in the local high school.
Jerrene and Joe were married for over 50 years and she was with him as his career in the Air Force moved them throughout the United States and Europe, living in Bainbridge, Ga., Ogdon, Utah, England, France, Alamogordo, N.M., Tucson, Ariz., and finally settling in Austin, Texas in 1969.
After Joe's career with the Air Force ended due to his heart condition, Jerrene went back to school in 1978. She received her associates degree as a Medical Technician and worked for 13 years as a Lab Technician for the Texas State Hospital.
After retiring, she and Joe enjoyed their life together after building their dream home in Great Hills Austin.
Throughout her life Jerrene was an active member of the Methodist church, a friend to everyone she met, and was loved by all.
Jerrene was preceded in death by her husband Joe B. Dishongh, and brother Tony Martin.
Jerrene is survived by her son, Joe B. Dishongh, Jr., of Dallas, Texas; her daughter, Lisa Dishongh, M.D. of Stamford, Conn., and grandchildren, Avery Welch, DVM of Phoenix, Ariz., and Thayer Welch of Stamford, Conn.; brother Richard Martin of Pine Bluff, Ark., and sister Mildred Lawless of Houston, Texas.
In remembrance of Jerrene, please direct any donations to the SPCA, or your favorite animal shelter.