On Page 3 of this April 19, 1825, edition of The Arkansas Gazette, editor William Woodruff reports that the new U.S. president, John Quincy Adams, has appointed Gen. George Izard of Philadelphia to replace James Miller as governor of the Arkansas Territory.

Miller had resigned in December. Although famous for his motto “I will try, Sir,” he had dragged his feet in 1819, arriving late to assume his duties as its first governor and Indian agent, leaving often and staying gone for up to a year at a time; and his wife remained in New Hampshire.

Woodruff reports that Izard was to join Conway at Louisville, Ky., to travel with him to Little Rock, and they might arrive together in a few days. In fact Conway arrived alone in nine days. Izard reached Little Rock more than a month later. By then, the unhelpful Crittenden and his wife had left to visit family in Kentucky.

As the Encyclopedia of Arkansas History & Culture puts it, “Izard found territorial government unorganized, undisciplined and lacking adequate record keeping; he also found the acting governor, Robert Crittenden, out of state. A man of order and discipline, he immediately set about the task of establishing record keeping and rectifying the territory’s financial disorder.”

Although he was passed over by Adams, Crittenden’s influence grew. Crittenden County was named for him in October 1825. 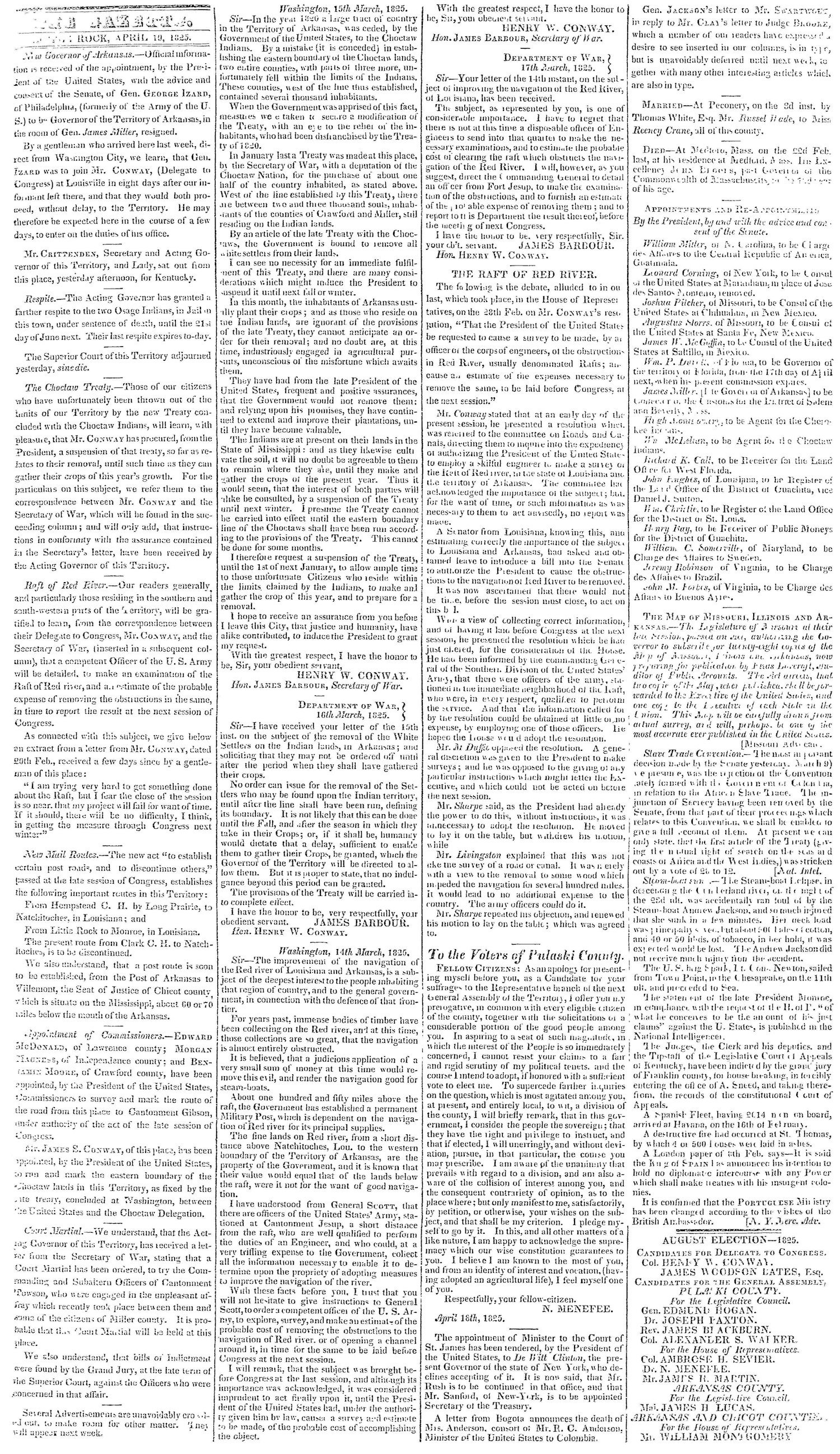