On Page 3 of the Nov. 23, 1824, edition of The Arkansas Gazette, editor William Woodruff printed the new Quapaw Treaty in full. The treaty was meant to move the Quapaw Indians out of Arkansas.

In 1818, to avoid conflicts with white settlers, the Quapaw had signed a different treaty giving 30 million acres south of the Arkansas River to the United States government in exchange for a reservation of 1 million acres between the Arkansas and Ouachita rivers, $4,000 in goods and an annual payment of $1,000 — though it’s unclear whether that payment was in cash or goods.

In the years following, however, settlers wanted the fertile Quapaw land along the Arkansas River. In the spring of 1824, a delegation of Quapaw chiefs visited Little Rock to receive two years of the annuity owed them under the old treaty. A few months later, acting Gov. Robert Crittenden negotiated the new treaty. (He was standing in for Gov. James Miller whose health and personal affairs had kept him from the territory.)

This new agreement would remove the Quapaw from the prime river land in Arkansas to the Red River region in Louisiana, a reservation they were to share with the Caddo tribe.

Quapaw Chief Heckaton (or Hackehton, per the Arkansas State Archives’ online Territorial Arkansas Collection) and 14 other chiefs and warriors signed the 1824 treaty. Under its terms, four head chiefs would receive $500 each from the government in consideration of the loss of their farms. The Quapaw nation as a whole, which Woodruff earlier in the year had estimated included 467 souls, would receive $4,000 at the time the treaty was signed.

The new treaty also stipulated that the U.S. government would pay the Quapaw nation $1,000 a year for 11 years, in addition to the $1,000 annuity it was already supposedly receiving under the 1818 treaty. Another carryover from the earlier treaty allowed the Quapaw to continue hunting on the land they were ceding to the government. 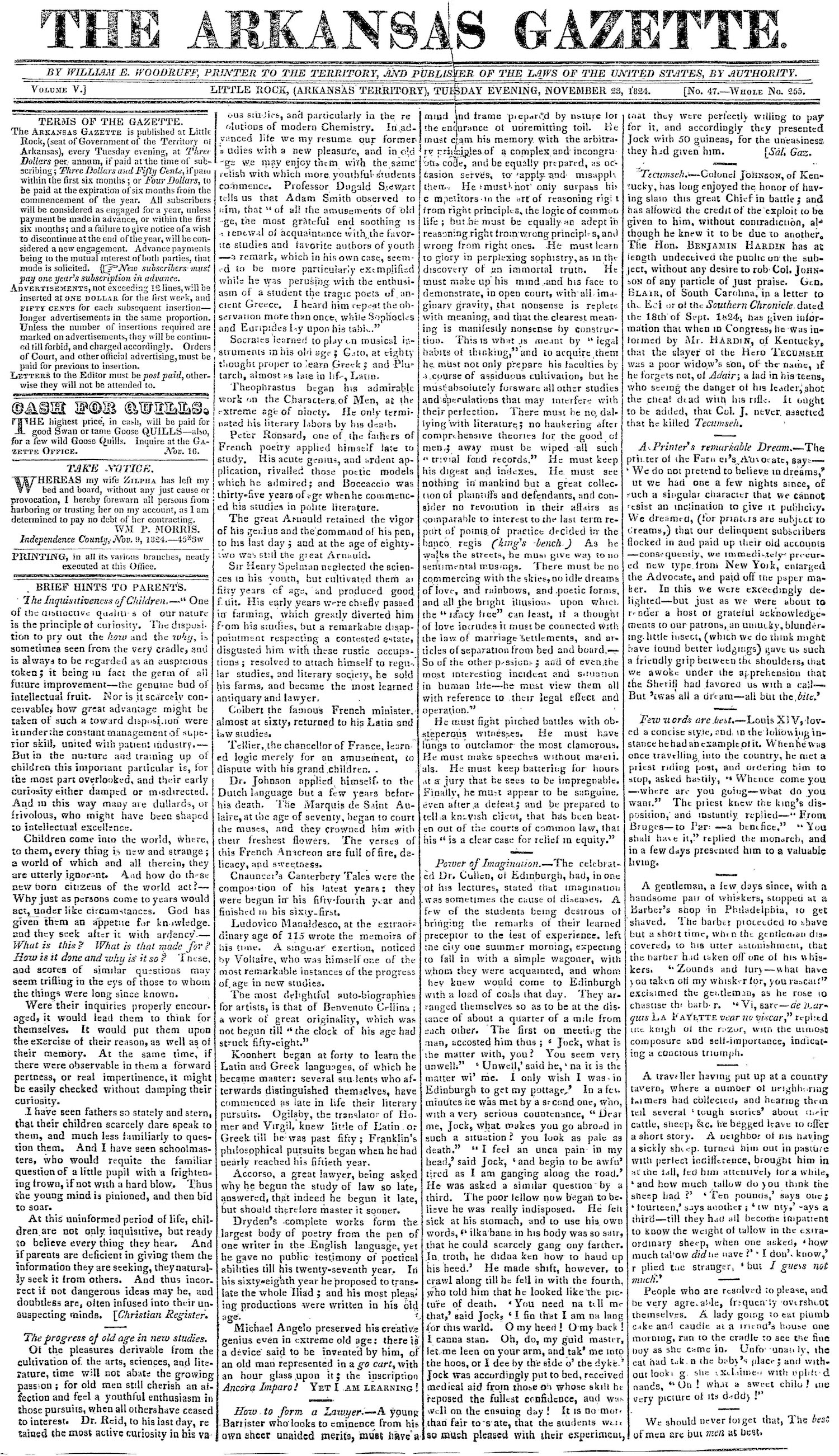 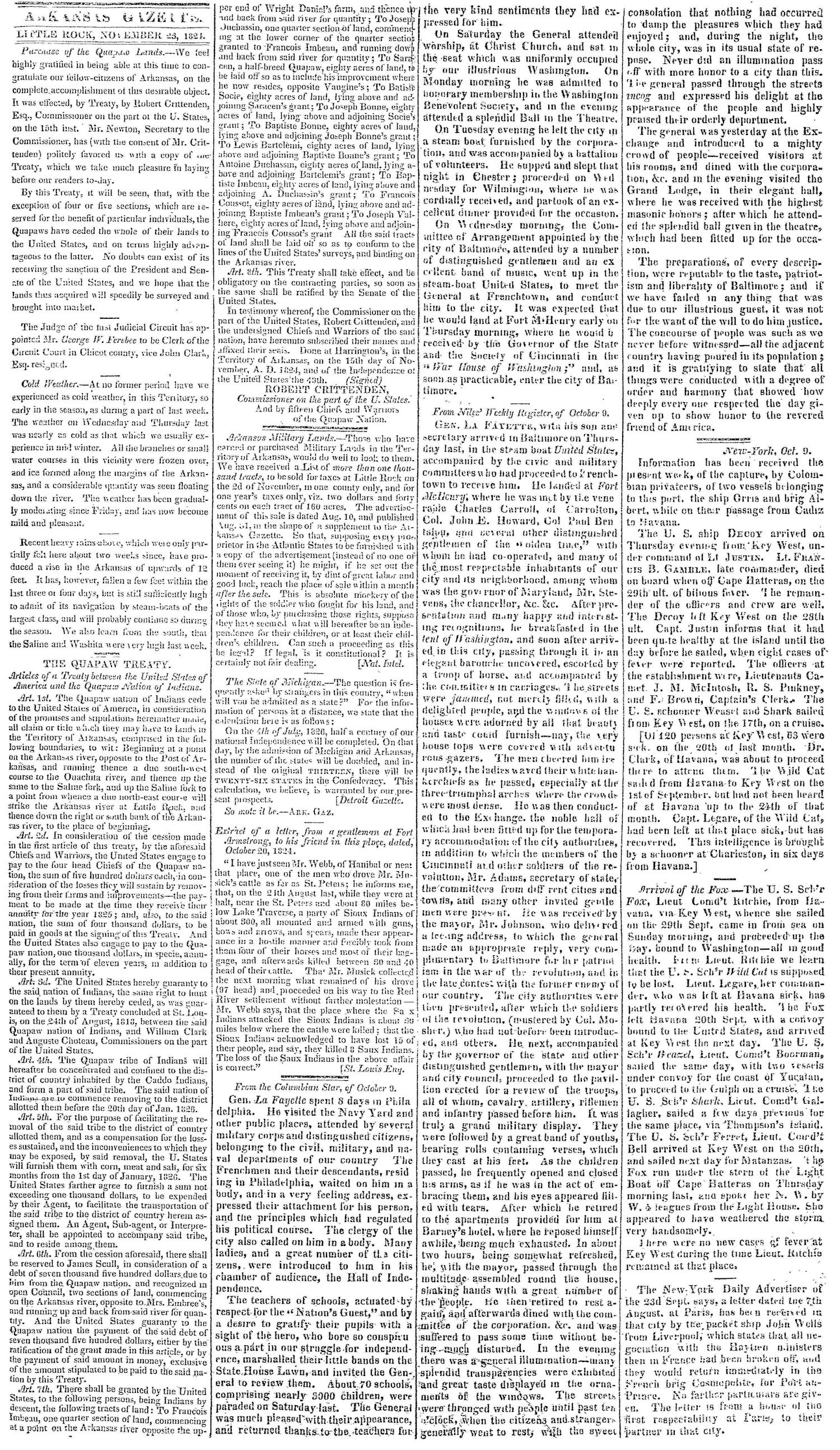 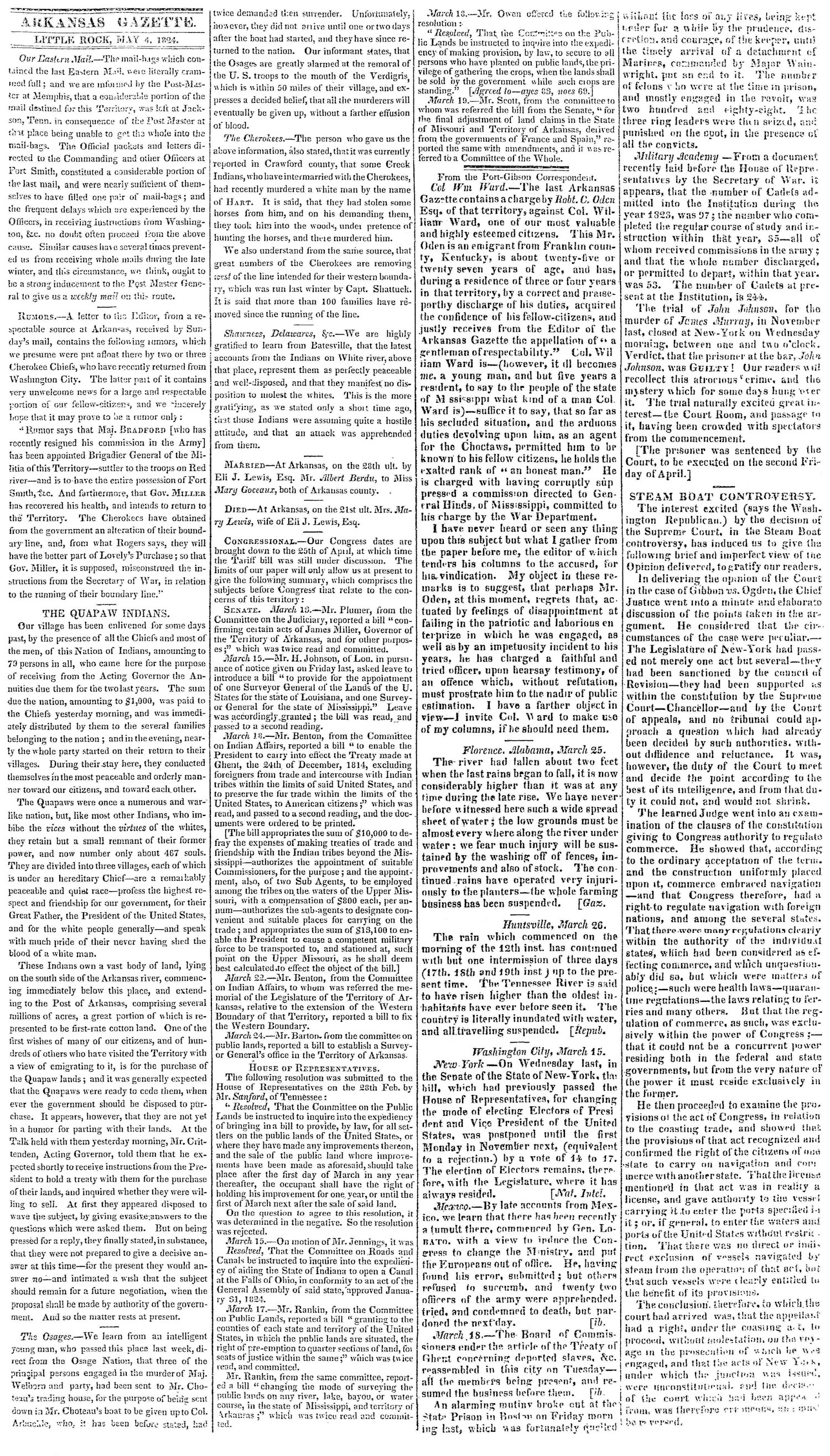