The Arkansas Gazette published a special edition May 16, 1911, on the first day of a 50-year reunion of men who’d fought for the South during the Civil War.

Judge W.M. Kavanaugh worked for a year with a committee to arrange block rates at hotels, restaurant discounts and a mess hall to serve 5,500.

General headquarters was a tent array in City Park (MacArthur Park). With free cots for veterans, “Camp Shaver” was organized into states, divisions and military units and named for an 80-year-old Mena lawyer, Robert G. Shaver. As a Confederate colonel, “General Shaver” had led an Arkansas infantry outfit.

Lodging was found in schools and homes as far distant as Hot Springs. Elderly men slept on bare cots so other old men could use their mattresses on the ground. Camp “militia” ejected sons and buddies some veterans had smuggled in.

At 10 a.m. May 18, an epic parade flowed from the Old State House to City Park and back, with so many buglers, fife and drum bands, grizzled marchers, tattered flags and carloads of pretty girls it took one hour, 47 minutes to pass single points. Near the end, a gray-haired black man wheeled his “old master” in a chair. Afterward, visitors rushed to the train depot to go home.

The special Gazette edition was packed with essays extolling the wonders of Arkansas as well as war stories, soldiers’ letters, touching anecdotes, page after page of poems and song lyrics, and biographies of living and dead soldiers, including not one but three “boy martyrs.” At 70 pages, it took much longer to read than the parade did to watch, and extra copies were sold as souvenirs. 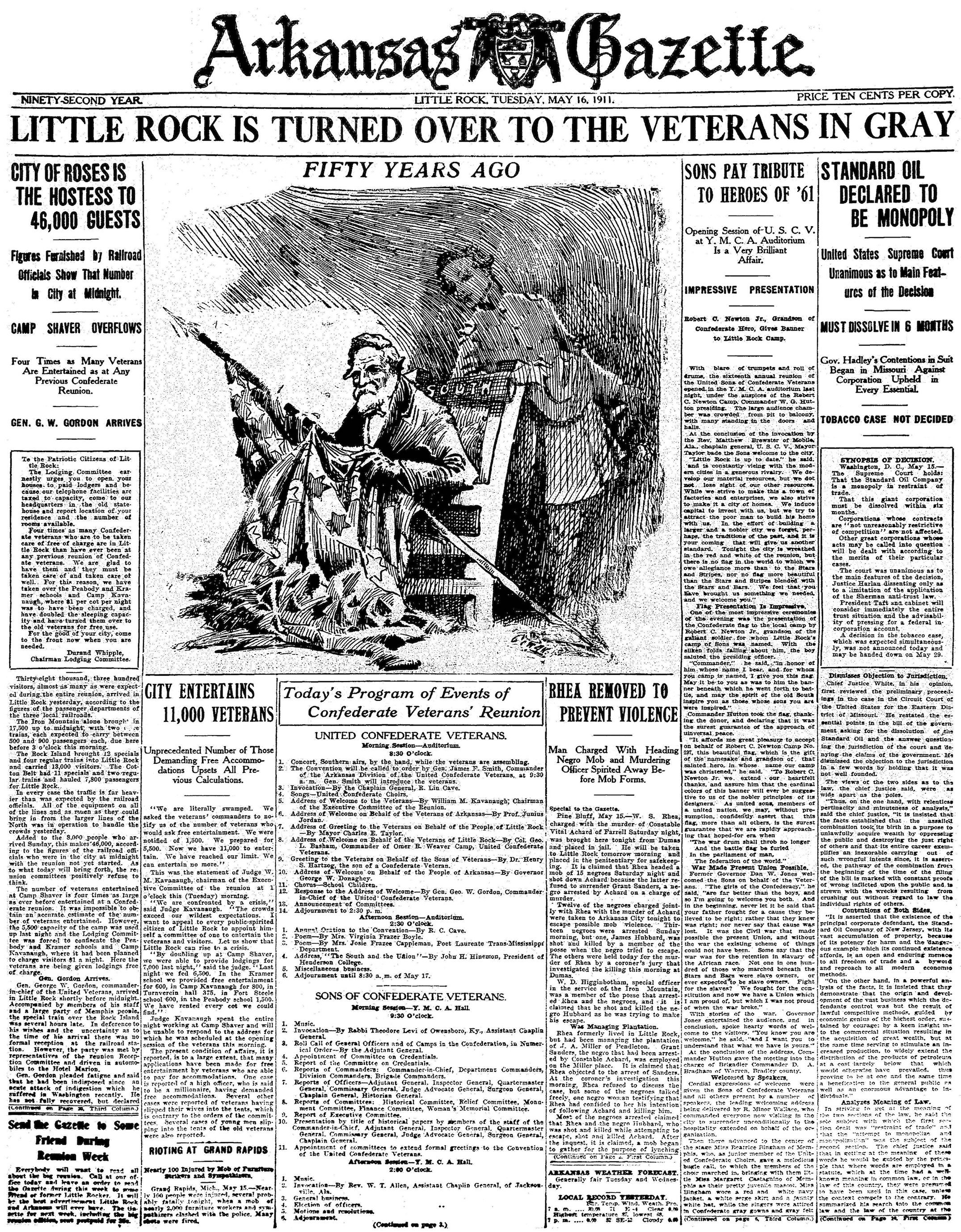