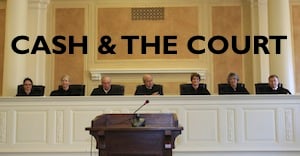 Top donors net big winsHow we did it

The firms have worked together in Arkansas on class-action lawsuits with millions of dollars at stake, and they have contributed to the same Arkansas Supreme Court candidates in any given race, in various combinations at about the same time.

Representatives for the firms have not responded to telephone and email requests for interviews.

Notable cases: The State of Texas v. The American Tobacco Company. Nix Patterson was one of five firms working on that state’s behalf to recoup expenses from smoking-related illnesses. Eleven tobacco companies and trade industry groups paid a $17 billion settlement, reached in 1998. That sum included $3.3 billion in attorneys’ fees. Nix Patterson lawyers have worked with Arkansas’ Keil & Goodson firm on at least nine class-action cases that have gone before the Arkansas Supreme Court since 2004.

Notable cases: Class actions against more than 500 automobile insurers over the use of computer software to calculate injury claim payments. One software type, “Colossus,” became the cases’ nickname. A 2008 report on the online legal news service LegalNewsline.com said Colossus cases had “generated $73 million in [attorneys’] fees, according to an insurer’s brief, and the litigation has hardly begun.” The firm has appeared in at least 15 class-action proceedings before the Arkansas Supreme Court since 2004.

over payment of claims for property damage, for which Roselius was a class counsel. The class-action case “resulted in a $130 million jury verdict,” according to the firm’s website (mattinglyroselius.com). Roselius and his law partners have worked on at least five class actions with Keil & Goodson that went before the Arkansas Supreme Court.

Attorneys, offices: about 100 lawyers, offices in the Philadelphia area and San Francisco.

Notable cases: Bank of America’s $2.43 billion settlement in 2012 resulting from accusations that the bank misled investors about its acquisition of Merrill Lynch during the 2008 financial crisis. Firm’s lawyers have worked with Keil & Goodson on at least 13 class actions in state and federal courts in Arkansas, according to court records. No appearances in those before the state Supreme Court.

Attorneys: Michael Burrage and Reggie Whitten are now managing partners in their own firm, Whitten Burrage. The firm’s website is under construction.

Notable cases: The Chickasaw Nation v. U.S. Department of the Interior, in which the federal government agreed last July in a settlement to pay a combined $186 million to the law firm’s plaintiffs — the Choctaw Nation and the Chickasaw Nation. Worked on at least two class-action cases in Arkansas with Keil & Goodson that went before the Arkansas Supreme Court.