McFadden as tough as Razorbacks come 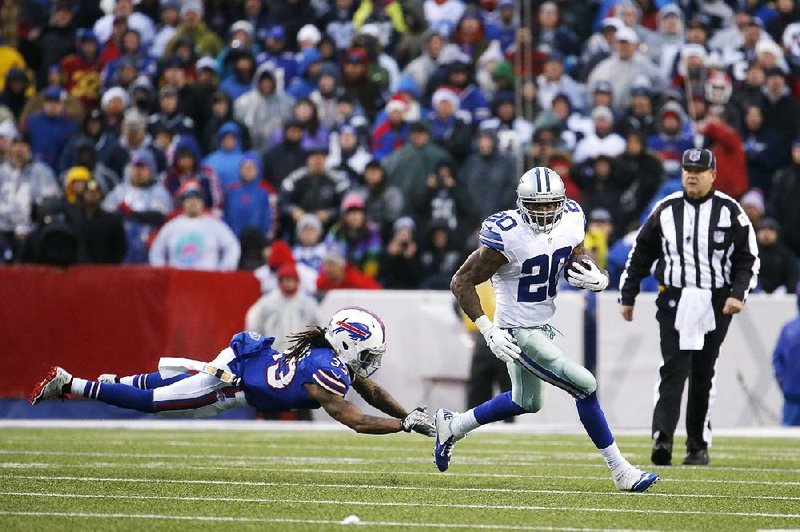 Dallas Cowboys running back Darren McFadden finished fourth in the NFL last season with 1,089 yards rushing despite not taking over as the lead back until the seventh game.

It probably would have to be the worst broken elbow ever to keep Darren McFadden out for two months.

We truly are addicted to cellphones as a society, and they are costly to replace, not to mention time-consuming events that sometimes are an unpleasant experience.

He was plagued by injuries with the Oakland Raiders; of course, it didn't help the offensive line wasn't much better than Alabama's in an average year.

McFadden always has fought back.

Actually, some thought his career as a football player could be finished when in the summer before his sophomore season he got in a fight and almost kicked his big toe off.

When Dr. Jack Vander Schilden, a UAMS orthopedic surgeon, got the call early that Saturday morning, he ordered a strong round of antibiotics as he pulled on his scrubs.

When he got to the operating room, he found McFadden's toe was barely attached..

Hours later, the toe was reattached. McFadden was sent home the next day to wait and see, and it didn't take but a few days to see Vander Schilden had saved the toe and McFadden's football career.

McFadden always has been a tough, fearless running back, and while this isn't a column about the toughest Razorbacks of all time, his toughness reminded me of the pound-for-pound most physical athlete ever seen wearing a Razorbacks uniform.

In 1984, the Razorbacks basketball team was practicing for a trip to Japan before a six-country tournament.

William Mills blindsided a skinny freshman with a haymaker. It was totally uncalled for and Robertson, who was always a defender of the underdog, got to Mills steps ahead of Joe Kleine. Eddie Sutton's voice stopped the action, and he ordered Mills and Robertson to run the steep stairs to the top of Barnhill Arena five times.

Story goes that when Mills got to the top on the final trip, he found Robertson waiting on him to finish the fight. There was no fight left in Mills.

Robertson, 6-3, 210, and Kleine, 6-11, 290, started playfully wrestling once. Next thing Kleine knew, he was in the pool and not happy about it. He climbed out and wanted to wrestle again, but seconds later he was cooling off in the pool.

They remained great friends and played on the 1984 Gold Medal Olympic basketball team.

Once, in the NBA, Robertson ticked off one of his teammates, and the teammate pulled a knife on him. Robertson took it away from him and for weeks after taunted him in the locker room.

Maybe to some Robertson wasn't the toughest player, but they were never guarded by him -- he was nicknamed "Doggy' for his defense -- or saw him close-up.

McFadden is tough, too.

Despite a bunch of injuries, he has played most of eight seasons in the NFL, rushed for 5,336 yards and 28 touchdowns, and he's also caught 251 passes for another 2,097 yards and 5 touchdowns.

He had been splitting snaps with rookie running back Ezekiel Elliott until the broken elbow.

McFadden, the two-time runner-up for the Heisman Trophy, will be back in a Cowboys uniform, and it will probably be sooner than later.