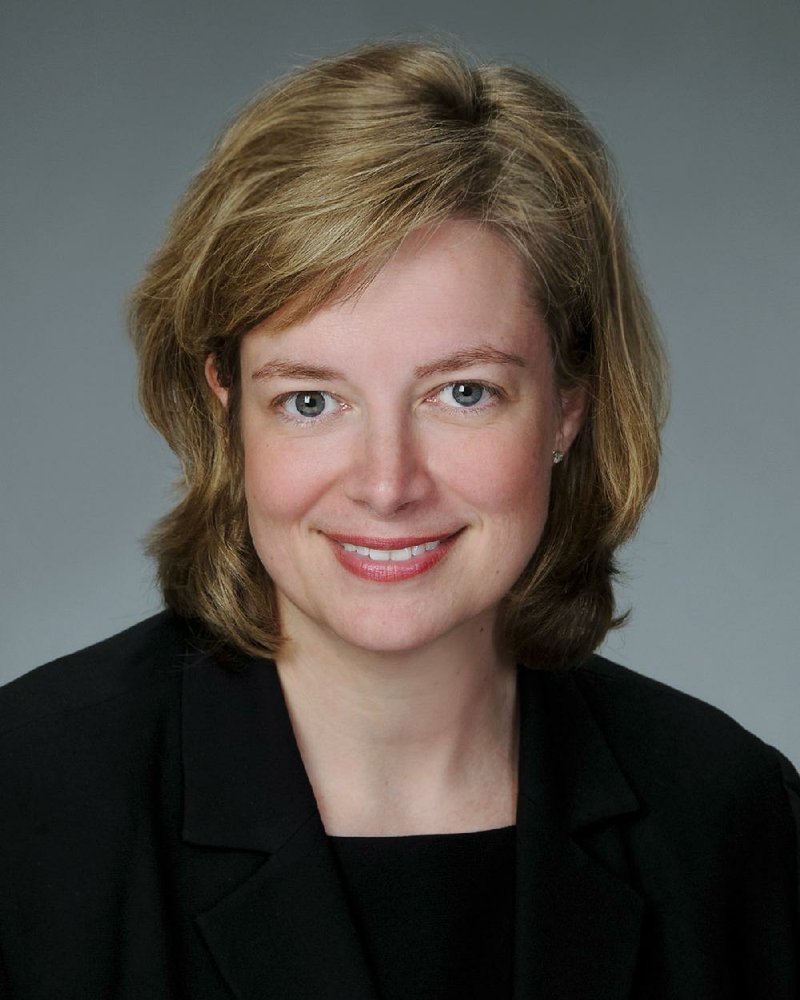 Arkansas' plans to carry out six executions over two weeks -- already stopped by a state judge -- were doubly halted Saturday by a federal judge who raised constitutional concerns. 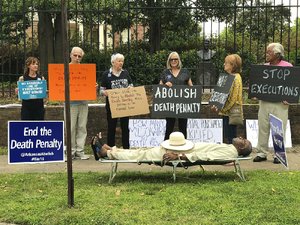 Photo by SHERRY SIMON via AP
Pulaski County Circuit Judge Wendell Griffen lies on a cot outside the Governor’s Mansion during a protest against the death penalty Friday. Griffen, who issued a restraining order Friday in a lawsuit by the maker of one of the lethal drugs that would be used in the execution of Arkansas inmates, has come under heavy criticism from death-penalty proponents for taking part in the protest. 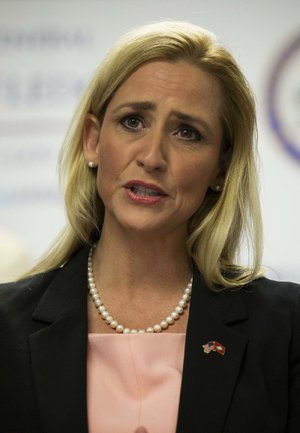 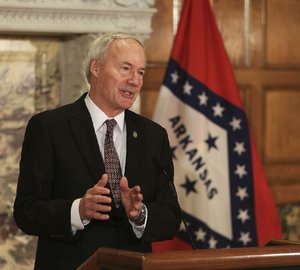 Lawyers were already scrambling to respond to a temporary restraining order issued late Friday by Pulaski County Circuit Judge Wendell Griffen to stop the prison system from using one of the three drugs employed in lethal injections. After issuing his order, Griffen went to the Governor's Mansion and joined a protest outside against the death penalty.

On Saturday, the plaintiff in that drug case, citing Baker's decision, asked that the temporary restraining order be withdrawn. The Arkansas Supreme Court has yet to take action in that case, which is otherwise scheduled for a hearing Tuesday in circuit court, the morning after the first of the executions are scheduled to begin.

In February, Gov. Asa Hutchinson scheduled the executions of eight men over an 11-day span in April. Since then, two of the inmates received court stays, one of which was issued Friday.

The executions schedule -- a pace rarely seen since the death penalty resumed 40 years ago in the United States -- has drawn international media attention to Arkansas.

The first of the executions was scheduled for Monday, but barring a reversal by judges or a higher court, Don Davis will not be put to death that day.

In a statement released Saturday, Hutchinson said he would meet Monday with state Attorney General Leslie Rutledge and prison officials to discuss options.

Arkansas last put someone to death in 2005.

Arkansas' supply of the sedative midazolam, which is the first of three drugs used for lethal injections, expires at the end of April. After that, officials say finding a supplier willing to allow the drug to be used to kill someone will be exceptionally difficult.

Drugmakers have largely objected to having their products used in executions and have refused to sell to prisons for that purpose.

The prison's "execution protocol and policies fail to contain adequate safeguards that mitigate some of the risk presented by using midazolam and trying to execute that many inmates in such a short period of time," Baker wrote in her opinion.

In her ruling, however, Baker did not accept all of the inmates' claims.

Baker dismissed the inmates' complaint that the expedited schedule was likely to lead to a botched execution. While she wrote that it was "certainly conceivable" that a rush of executions would be more risky, she concluded that there "is no way to determine what level of stress makes the risk of mistake 'objectively intolerable.'"

She also declined to block the executions on the the basis of the prisoners' contention that Arkansas' lethal injection protocol goes against the country's evolving standards of decency.

The bigger problem, Baker's opinion says, is a prison policy that prohibits more than one of the inmates' attorneys from witnessing the executions.

If something were to go wrong, the prisoner's attorney would have to leave the prisoner without counsel as the lawyer rushed to get to a phone to call a court to intervene, Baker wrote, which could infringe on the prisoner's constitutional rights to counsel.

Baker is the second federal judge this year to rule that the three-drug "cocktail" -- that includes midazolam -- for lethal injections raises constitutional concerns. A federal magistrate judge in Ohio blocked executions in that state over concerns about midazolam, and the decision was upheld by the 6th U.S. Circuit Court of Appeals in Cincinnati earlier this month.

Other states have botched executions when using midazolam, producing reports of prolonged deaths that included inmates gasping, coughing and writhing on gurneys.

Earlier in the day, Rutledge's office also filed an emergency petition seeking to have the Arkansas Supreme Court throw out the restraining order issued Friday evening by Griffen in a lawsuit filed Friday by McKesson Medical-Surgical Inc., a Delaware drug company.

A representative for the McKesson company could not be reached Saturday.

In another weekend filing, Rutledge asked the Arkansas Supreme Court to reconsider its decision to stay the Monday execution of Bruce Earl Ward, whose attorneys argue is a paranoid schizophrenic incapable of comprehending his death.

In his statement, Hutchinson expressed confidence that higher courts would quickly review the cases.

"I understand how difficult this is on the victims' families, and my heart goes out to them as they once again deal with the continued court review; however, the last minute court reviews are all part of the difficult process of death penalty cases," the governor's statement read.

A spokesman for the governor said it was unclear how the schedule of executions would proceed if a higher court allows them to proceed.

Short said he went to death row in the Varner prison unit on Saturday to share the news with the inmates and work on Lee's case, while other attorneys and federal public defenders prepared for further appeals.

"While everyone is happy with the ruling, Judge Baker's, we know that it's not over," Short said.

People, including Griffen, have been protesting outside of the Governor's Mansion in Little Rock. They held a rally outside the state Capitol on Friday. Both locations were empty Saturday in the hours after Baker's ruling.

Many criticized Griffen for participating in anti-death penalty rallies at the Governor's Mansion. They called on him to recuse from further execution cases and demanded that he be punished for joining the protests.

Of the 31 states that allow the death penalty, 25 have carried out 450 executions since Arkansas put an inmate to death in 2005, according to the Death Penalty Information Center.