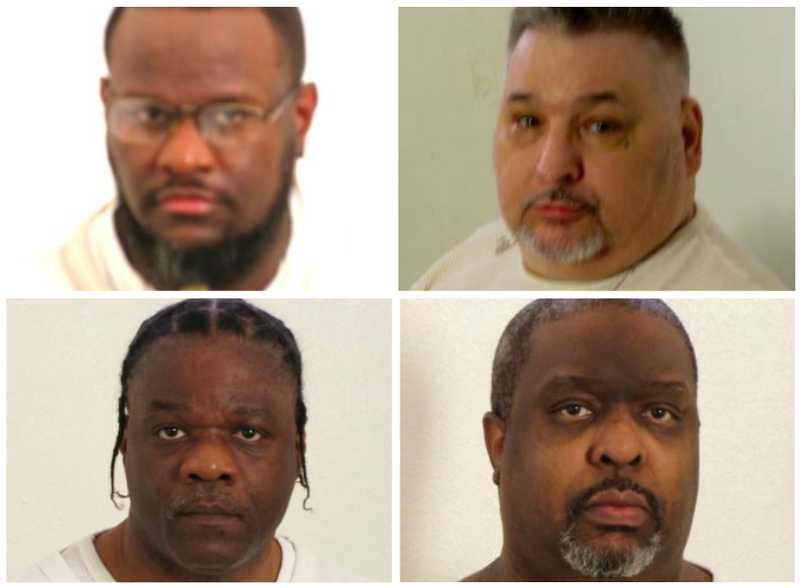 Recently completed autopsy and toxicology reports on four inmates executed in April unveiled no surprises -- examiners wrote that each man died as a result of lethal injection.

Traces of the sedative midazolam, enough to knock a grown man unconscious, were found in the bodies of each inmate, according to their toxicology reports.

The drug is used as part of Arkansas' three-drug protocol to prevent painful reactions to the final pair of drugs: a paralytic and a heart-stopper.

The tests done by the state Crime Laboratory did not screen for either of those drugs, vecuronium bromide or potassium chloride.

The reports state that the Crime Lab does not test for vecuronium bromide and that tests for potassium chloride were not done because the results would not have indicated the concentrations in the body at the time of death.

While the medical examiner's reports did not indicate anything other than the three drugs contributed to the inmate's deaths, they did provide other details.

Examiners wrote that they found five needle marks on Jones' neck and clavicle -- collarbone -- area, which appears to corroborate his previously reported statements to his attorney, that the execution team attempted to locate a vein in his neck before inserting IV lines in both his arms.

The autopsy report also stated that the area where the needle marks were found appeared covered up by "tan colored makeup."

A spokesman with the Department of Correction said Wednesday that iodine was applied to the site where Jones allowed a physician to attempt to place a central line. No makeup was made available to Jones, prison spokesman Solomon Graves said.

None of the reports indicated signs of recent injury while in prison, though long-healed scars were found on several of their bodies.

The reports indicate autopsy examinations were done on the inmates' bodies the day after each was executed at the Cummins Unit of the state Department of Correction.

Both reports -- the autopsy and the toxicology results -- were uploaded to a state database on May 26, Channell said. From there, they were made available to the county coroner and local prosecutor, as well as the Department of Correction.

The reports were obtained by the Arkansas Democrat-Gazette through a Freedom of Information Act request with the 11th West Judicial Circuit in Pine Bluff.

James Hawkins, the Lincoln County coroner, told a reporter he would not attempt to access the reports -- making them accessible under public-record laws -- because he had witnessed the executions and would "have nothing to gain" from them.

Hawkins was on hand at the executions to pronounce the inmates dead.

The four executions carried out half of Arkansas' plans to execute eight condemned and convicted murderers over the course of 11 days. Courts stopped the executions of the other four inmates.

Two of the executed men, Jones and Kenneth Williams, each killed multiple people in their cases. Marcel Williams was convicted of kidnapping, raping and strangling his victim, Stacy Rae Errickson.

Of the four, only Lee maintained his innocence, though courts upheld the guilty verdict in the killing of Debra Reese and convicted him in a pair of separate rape cases.

The first three executions had few incidents, according to media witnesses.

Attorneys later claimed Jones was "gulping for air" as he died on the gurney, though the state called those reports inaccurate. Media witnesses said he was seen moving his lips.

On April 27, the execution of Kenneth Williams included media witness reports of "coughing, convulsing, lurching, jerking," after his body had been injected with midazolam.

A U.S. district judge later ordered that sample vials of Kenneth Williams' blood and tissue be preserved. Gov. Asa Hutchinson declined to conduct an independent investigation into the execution.