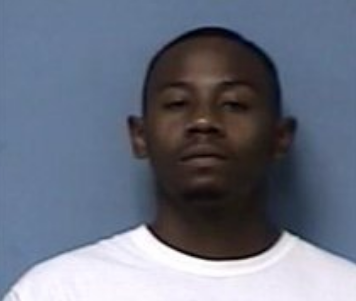 A 21-year-old who opened fire on an Arkansas police officer during an attempted traffic stop last year has been convicted and sentenced to 152 years in prison.

Farmer was also found guilty of 16 counts of unlawful discharge of a firearm from a vehicle, 18 counts of using a firearm in the commission of a felony and one count of fleeing, according to police.

On May 19, 2017, a West Memphis police officer tried to stop the vehicle Farmer was riding in for a traffic violation, according to the news release. Farmer leaned out of the rear driver's-side window with an AK-47 rifle and fired at the officer, striking his patrol car.

One round from the AK-47 struck the passenger seat of the patrol car, less than a foot from the officer, police said.

The department tied the attempted shooting to gang activity.

"Our community is clearly tired of gang and gun violence that has come to be all too common in this area," Capt. Joe Baker of the West Memphis Police Department said. "We hope this verdict resonates loudly with the violent criminal element in West Memphis."

Vondre McClure, 20, who was driving the car Farmer was in, was also arrested in May, Arkansas Online previously reported.

McClure remained in the Crittenden County jail on Monday on charges of attempted capital murder, unlawful discharge of a firearm from a vehicle and engaging in violent criminal group activity, records show. His plea hearing is scheduled for April 20.