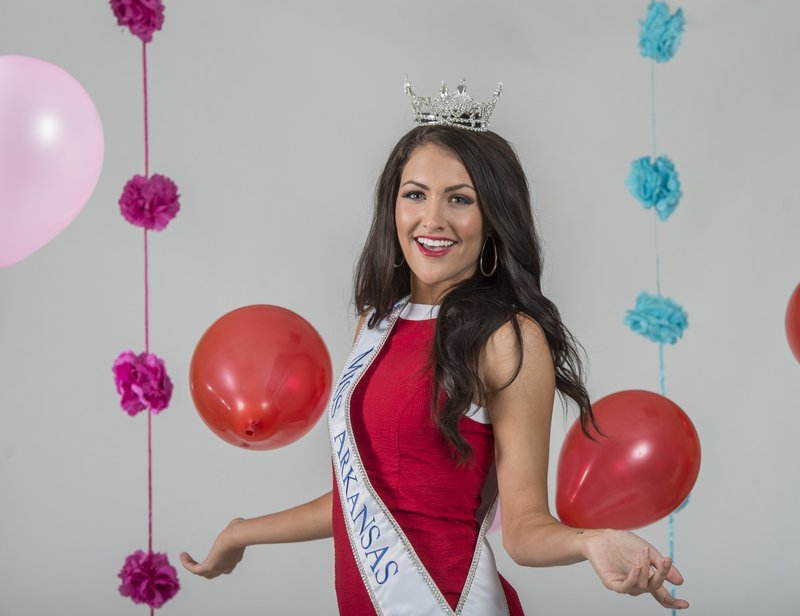 TITLE REVIVAL: Savannah Skidmore has yet another title to add to her pageant resume.

First, she was first runner-up to Miss Arkansas in 2016 when Savvy Shields won.

Then she became Miss Arkansas 2016 when Shields won Miss America.

She says, "As you know, I took over for Savvy Shields, so that year, she was our candidate at Miss America. So, I didn't actually get to compete at Miss America. I really wanted the chance to compete on the national level. ... I've always been interested in ... moving on to that system eventually. I just wanted to make sure that I fulfilled any hopes and dreams I had for the America system first because the age limit is a little higher for the USA system."

And there's a different look.

The first-year law student at the University of Arkansas hopes to continue her studies while preparing to go before the Miss USA judges.

"I'm in the gym every day," she says, adding with a laugh, "You don't just get out and walk in 6-inch heels on a stage in a swimsuit without going to the gym first."

HEMSWORTH MIRTH: Director Clark Duke is from Arkansas. His crime drama is called Arkansas. But most of that project is being filmed in Alabama.

Still, Arkansas came to Arkansas last week to film in Hot Springs (a scene takes place at Maxine's Live), as did its star Liam Hemsworth who posed with fans around town. Search #arkansasmovie on Instagram.

Hemsworth stopped in the State & Pride Provisions Company clothing store where he posed for a selfie with an employee. (Caption: "No biggie....Liam Hemsworth just stopped by the shop this morning" with a surprise-face emoji.)

We asked owner Paul Lynch, who wasn't there at the time, what Hemsworth bought. (A gift for girlfriend Miley Cyrus? Instagram reveals he was back in time for her party; her birthday was Friday.)

Lynch says, "He was a guest in our store, so we'd prefer to keep that confidential. All I know is my employee said he was super friendly."

And for that, Hemsworth is praiseworthy.