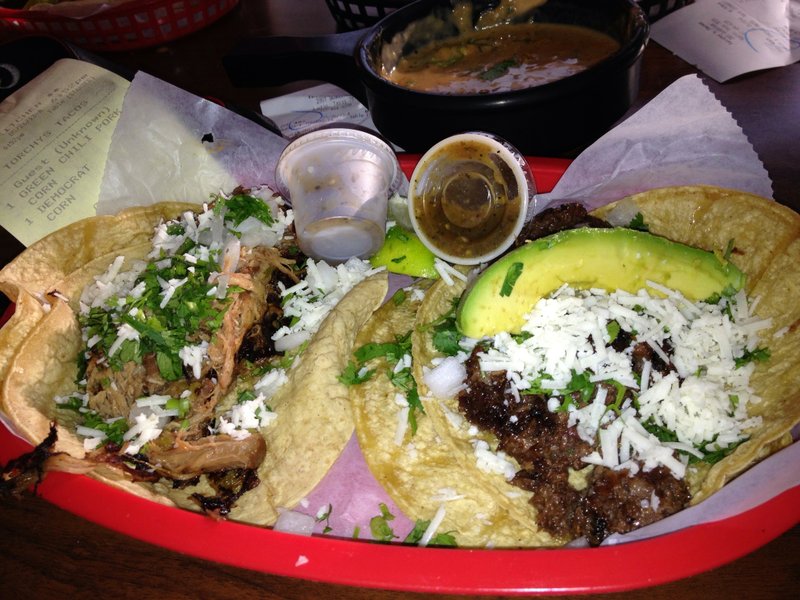 FILE — 2 pork tacos from Torchy's Tacos in Austin, Texas are shown in this file photo.

Torchy's Tacos says it plans to open its first Arkansas location next month.

The Tex-Mex chain, which already operates restaurants in Texas, Colorado and Oklahoma, says it will open on Aug. 7 at 1541 Martin Luther King Jr. Blvd. in Fayetteville, which is near the University of Arkansas campus.

Torchy's is also planning a location in Rogers on West Pauline Whitaker Parkway south of the Walmart Arkansas Music Pavilion. That restaurant is expected to open by November, the Northwest Arkansas Democrat-Gazette reported last month.