It's impossible to talk about the Ozark Folk Center at Mountain View without discussing the roles played by musician Jimmy Driftwood and folklorist W.K. McNeil.

Driftwood was born James Corbett Morris near Mountain View in 1907. He became nationally known in 1959 when Johnny Horton recorded his song "The Battle of New Orleans."

"He was given the name Driftwood as the result of a joke his grandfather played on his grandmother," Zac Cothren writes for the Central Arkansas Library System's Encyclopedia of Arkansas. "When the two went to visit their new grandson, Driftwood's grandfather arrived first and wrapped a bundle of sticks in a blanket. When Driftwood's grandmother arrived, she was handed the bundle and remarked: 'Why, it ain't nothing but driftwood.'

"Music played a large role in Driftwood's life from his earliest years. His father, a farmer by trade, was also an accomplished folk singer. It was through him and other local musicians that Driftwood was first exposed to songs of the Ozarks. While still a child, Driftwood learned to play a guitar his grandfather had made from a piece of a rail fence and other salvaged materials. He would continue to play this unusual-looking instrument throughout his career."

Driftwood attended school in a one-room building at Richwoods in Stone County. He passed the state teachers' exam at age 16 and then taught in one-room schoolhouses at Prim in Cleburne County, Roasting Ear Creek in Stone County, Timbo in Stone County and Fifty-Six in Stone County while taking high school classes at Mountain View. He later attended what are now the University of Central Arkansas at Conway and John Brown University at Siloam Springs.

"Driftwood left college before receiving a degree and rambled for a while, eventually ending up in Arizona," Cothren writes. "While in Phoenix, he won a talent show, which led to weekly performances on a radio station. He left Phoenix in 1935 and returned to Stone County to teach at Timbo. Although he had been writing songs and poetry for years, it was at Timbo that Driftwood began teaching students history through song."

In 1947, Driftwood purchased a 150-acre farm in Stone County and owned the farm until his death in 1998. He finally received a bachelor's degree from what's now UCA in 1949 after taking night and summer classes. He was then hired as principal at Snowball in Searcy County. In the early 1950s, he started submitting songs he had written to record companies. RCA signed him to a contract in 1957.

"Driftwood, under the guidance of RCA's Chet Atkins, recorded his first album, titled 'Jimmy Driftwood Sings Newly Discovered American Folk Songs,' in less than three hours," Cothren writes. "It was released in 1958 and saw limited success. The album featured 'The Battle of New Orleans,' a song Driftwood had composed in 1936 to help his students differentiate between the War of 1812 and the Revolutionary War."

Driftwood quit his job as principal at Snowball and began appearing at venues such as the Grand Ole Opry in Nashville, the Louisiana Hayride in Shreveport and the Ozark Jubilee in Springfield, Mo. He met Horton at the Louisiana Hayride, and Horton expressed an interest in recording "The Battle of New Orleans." Horton's version topped the country charts for 10 weeks and the pop charts for six weeks in 1959.

In 1962, Driftwood became a starring member of the Grand Ole Opry's cast and began teaching folklore at the University of Southern California. But he yearned to return to Arkansas.

"In 1963, he returned to Timbo," Cothren writes. "He helped form the Rackensack Folklore Society, was one of the visionaries in creating the Arkansas Folk Festival, and was a force in the establishment of the Ozark Folk Center. Having more national notoriety than anyone else involved in Arkansas' folk scene, Driftwood was largely responsible for promoting and securing funding for folk celebrations and the folk center."

He lobbied U.S. Rep. Wilbur D. Mills for federal funds for the Ozark Folk Center. The center opened in 1973 at a cost of $3.4 million. Feuds and factions have long been common in these hills, and Driftwood's heavy involvement wasn't without controversy.

"Music programs were scheduled weekly with Driftwood as the principal entertainer and emcee," Glenn Morrison writes in a history of the Rackensack Folklore Society. "Driftwood was appointed to what was then the state Publicity and Parks Commission. After the folk center became a state park, Rackensack officers received notice from the state that Rackensack would have to enter into a contract with the state if they were to provide the music, but the state couldn't contract Rackensack since it was a nonprofit organization.

"A general meeting was called, and Josephine Linker Hart, the attorney for Rackensack, reported that the state had recommended the name Rackensack Folklore Society be changed to Rackensack Inc. and members be allowed to buy shares for $20 each. By a large majority, the membership voted to go with the state recommendation."

The center was never meant to be only about music. McNeil saw to it that it was much more. A North Carolina native, McNeil became administrator for the Regional America Program of the Smithsonian Institution's Festival of American Folklife in 1975. In 1976, he decided to try living in the Ozarks. He accepted the job of folklorist at the center and held that position until he died of a heart attack in April 2005.

"He organized folklore education programs, established one of the country's largest regional folklore libraries and archives, and engaged in field work in the region," writes folklorist Simon Bronner. "He built on the legacy of renowned Ozark folklore collector Vance Randolph and expanded the range of traditional materials documented, as well as giving them more analysis.

"McNeil received major grant funding in 1980 for oral history projects in Arkansas, compiled a history of Arkansas country music in 1982 and completed a survey of Arkansas folk singers and storytellers in 1996."

"McNeil's analytical concern was to show, contrary to popular perceptions, that Ozark folk culture is complex and constantly evolving and adapting," Bronner writes. "Another point that he emphasized in his writing is that while the Ozarks has for much of its history been geographically remote, it has not been culturally isolated.

"With his vast comparative knowledge of folk traditions, he showed how Ozarkers had been influenced by the culture of other areas, particularly by that of southern Appalachia. Yet he also underscored the distinction of many Ozark traditions from Appalachia in style and content and resisted the regional characterization of Arkansas and the Ozarks as Appalachia West.

"Looking into origins and development of traditions, people and regions throughout history was essential to him. He worried that, without the foundation of history, folklorists would be 'careless explorers. They know where they are but not how they got there.'"

Rex Nelson is a senior editor at the Arkansas Democrat-Gazette. 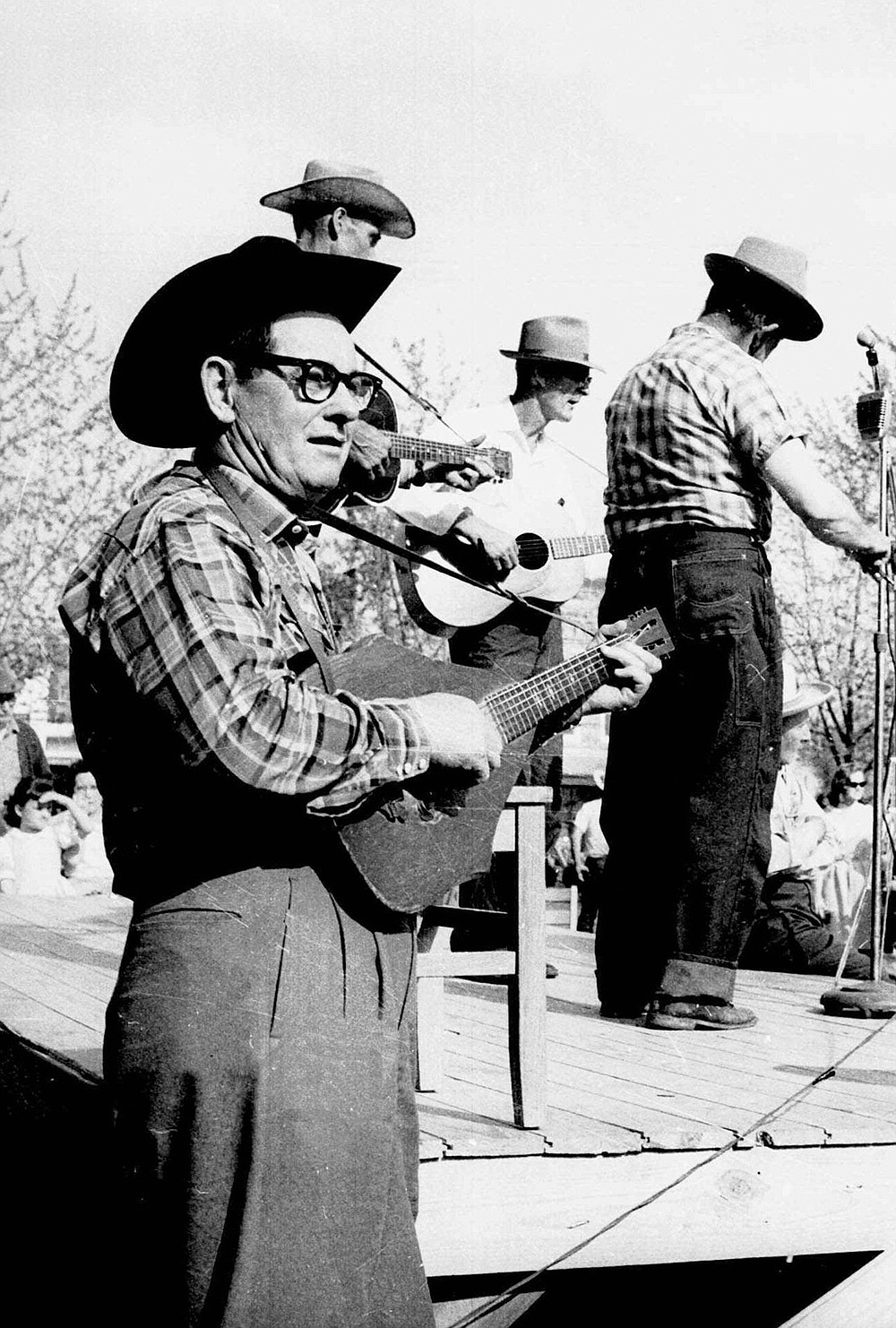